Last Updated on 22nd September 2020 by Sarah and Justin

The LAM community is small, with only a few thousand cases known worldwide. So it’s really nice when I connect someone new who has my disease. Stephanie and I found each other on Instagram (it’s good for something… #curelam). After we told each other our LAM and life stories, we discovered we had quite a bit in common.

Of course we both have this incredibly rare lung disease. We also both saw the same doctor in New York and we have similar symptoms. We both made major life changes in moving from our homes in the US to Europe. But perhaps most importantly, we’ve both come to appreciate how having LAM has impacted our lives in a positive way, and the opportunities it has brought us.

So I asked Stephanie to share her story here. Her approach to living with a rare disease, and to life in general, inspires me to keep living in a hopeful way. I hope it does the same for you. 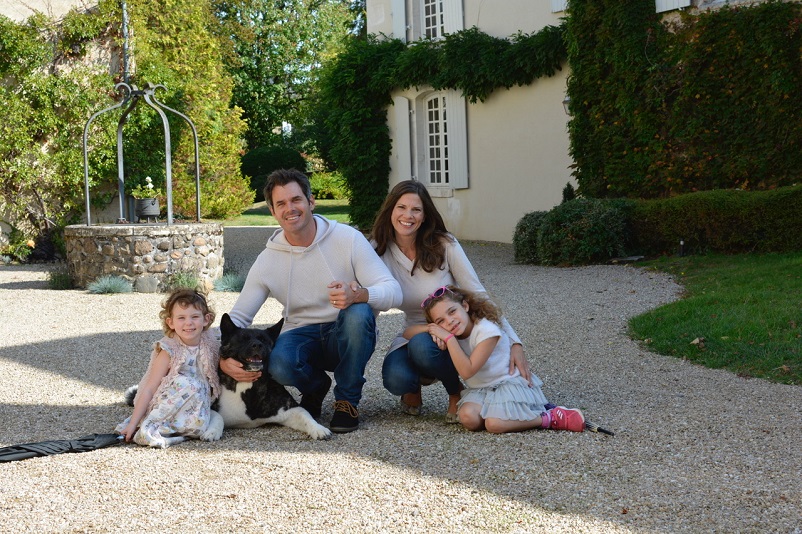 Tell me a little about yourself

Thank you for inviting me to share my story. I’m Stephanie Casaubon, and I was born and raised in Illinois but have lived all across the US (including the Chicago suburbs, central Texas, NYC, and LA). But I’m most ecstatic to tell you that I now live in France with my husband and children.

When and how were you diagnosed with LAM?

My diagnosis was straightforward but accidental. See, I was on vacation and as luck would have it, I developed an appendicitis. After having emergency surgery they discharged me from the hospital with a CD-ROM that had the words “lymphangioleiomyomatosis” written on it. The resident told me to see a pulmonologist when I got back to NYC and betrayed absolutely NO need for alarm. This was August 2004.

Now, keep in mind, this was three years before the first iPhone and long before we had Google at our fingertips. A few days elapsed before I finally typed into my desktop computer the 24 letters that would reveal the following and change my life as I knew it.

I remember the day so vividly: crumpled on the floor with primal cries escaping my lips. I was in agony. And alone.

What I haven’t revealed yet is that I’m an emergency medicine PA and I had never heard of the condition. After peeling myself off the floor, I sought out a pulmonary colleague and made an appointment with the best of the best at Columbia Presbyterian in NYC. Unfortunately they did not have any new information for me other than technically I was not symptomatic… yet.

That “yet” hung over my head like a ticking time bomb. I tried my best to live a full, carefree life but the problem was I cared. So very much.

How does LAM impact your daily life? What are the most common symptoms you experience?

Well, in the beginning, I used to try to ignore it. Tried to forget about it for the 3-6 months between my next doctor’s appointment or lung function test. But it never worked and slowly I began to get short of breath when doing activities.

I had been a runner. Before long that was out. I loved Zumba. Forget it, I’d end up peeing my pants. When I could no longer carry my babies up the stairs to their bedroom, I realized I was in a big decline and I had to do something.

What inspired you to move to Europe?

With LAM beating on my door, I realized I had a limited amount of time to fulfill another dream – being bilingual. So I hired a private French tutor and began taking trips to France every few months. Initially it was my escape from reality but it wasn’t long before it became my dream place to live… someday.

When I met my husband we shared a love for all things French. We were engaged in Nice and married in Paris. On our wedding day, I even mused about living in a French chateau one day with him, and now, here we are, living in the French countryside. Where the air is the best of course. And at least for now, we’re here indefinitely.

How did you prepare for your move from a LAM-perspective?

The LAM Foundation’s website has a list of LAM clinics around the world, so I  did my research and knew there was one in Paris and another in Lyon. We also researched the best air quality in France to help us decide where to live.

What do you love most about living in France?

The thing I love most about living in France is that I feel so at home. As if I’ve always belonged here.

And I love all the history. In fact our home is a manoir that was initially built in the 18th century. It has 1703 etched in the stone archway and remnants of a chapel from the French Revolution in the cellar. How neat is that?!

Is there anywhere else you’ve traveled to that you absolutely love? 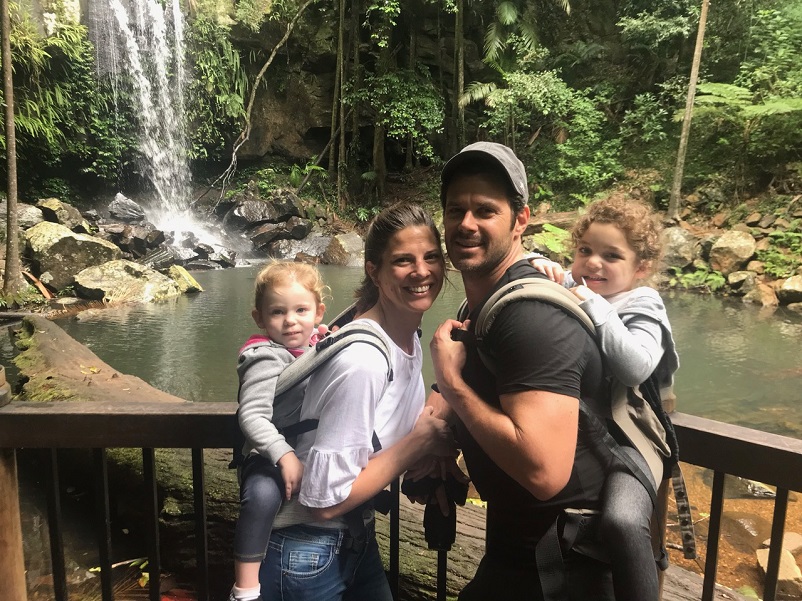 Yes! Queensland, Australia. Another dream destination because it’s the birthplace of my maternal grandmother who immigrated to the US when she was 18.

But even without the family connection, I was really taken with The Gold Coast, The Great Barrier Reef, the gorgeous mountain ranges and the newly rebuilt downtown Brisbane. To have experienced it with both my mother and my two daughters was unbelievable.

Tell me about the work you do

I’d love to. I’m an empowerment coach and I work primarily with individuals who feel stuck in some part of their life – either personally or professionally. I help them explore their dreams and discover their true potential. I empower them to think outside the box in order to create their best life.

I’m able to help my clients because I’ve been there, and I know there is a way forward.

What are some positive things that have come from your LAM diagnosis?

This is actually my favorite question so far because in the last year I’ve really shifted to a place of peace and gratitude where LAM is concerned. To think of all the choices I’ve made because of LAM – leaving behind my medical career, becoming an entrepreneur, writing a book, moving to France – I’m beyond grateful.

But the absolute best part of my life without hesitation is my children. I knew that if I was going to be a mom, I wasn’t willing to risk not being there. So on my first date with my husband in 2007, I told him I couldn’t get pregnant, and his reply was “then we can adopt”.

In 2013 and 2015, we welcomed our daughters through adoption. And I’d choose to receive the diagnosis of LAM any day if it meant that I’d end up with the privilege of being their Mama.

What are some things you do that help you manage your disease?

This is a great question because while the research is ongoing and incredibly important, it’s worth noting that the things that have made the most significant impact did not come from the prescription of a physician.

The best thing I’ve done to cope with my symptoms is pulmonary rehab. The program literally changed my life and this is my number one recommendation to anyone who has symptomatic pulmonary disease. It’s a true game changer.

Learning pursed lip breathing as well as recovery breathing… doing core exercises to strengthen my diaphragm. And above all, learning to ask for help.In fact the relationship between anxiety and shortness of breath is astounding. To have felt like I was suffering from anxiety for all these years and then to learn that it was underlying shortness of breath had an incredible impact on me.

The next thing I do is acupuncture. This was suggested to me by a lymphatic therapist after a flare and I figured I had nothing to lose. My results have been amazing. In fact my doctor could not believe that after four years in steady decline – despite taking sirolimus (the only approved treatment for LAM) – that after only six months of acupuncture I gained back 10% lung function and my forced vital capacity (a key measure of disease progression) increased by nearly a liter.

And my biggest win personally? As my physical limitations were abating, I was able to carry my kids again.

I also do my best to follow an anti-inflammatory and vegan diet. Disease thrives in an inflammatory state. Living with an incurable illness, it’s comforting to feel like I can control “feeding” it. Please note, I definitely do not believe in deprivation. If I have a craving, I sometimes indulge because knowing I have that choice is freeing.

And lastly, inner work. In order to stay grounded in the present, I find mediation essential and Qi Gong incredibly helpful for finding one’s breath and balance in life.

There is most certainly a cumulative effect of all of these strategies, and it’s worth noting that as of this year, I’m able to do more physical activity than I was seven years ago.

What advice would you offer someone facing a tough diagnosis or considering a major life change? 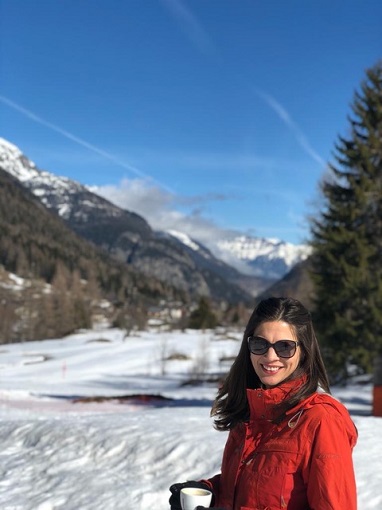 I think the advice would be the same for both. We live in a universe of possibilities. An infinite amount of choices and outcomes lay at our feet each and every day. It’s a mindset shift but once you truly adopt it, the doors begin to open.

Opportunities appear. Someday can become today. And it’s worth knowing that simply because it’s not going to turn out like you thought doesn’t mean it can’t be better that you could have imagined. 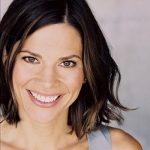 Stephanie is an American living in France with her husband and two daughters. She is an empowerment coach and dedicates part of her practice to support women who’ve grown their family through non-traditional means. She’s also the author of the children’s book, Adoption is Love.

Three of her favorite things are white lilies, vegan Thai and sparkling rosé. Stephanie was diagnosed with the rare lung disease, lymphangioleiomyomatosis (LAM) in 2004. You can follow Stephanie on Instagram @stephcasaubon and @adoptionislove_book.

2 thoughts on “Taking control of life and LAM: Stephanie’s story living with a rare disease”