Last Updated on 15th October 2020 by Sarah and Justin

In this post we’re sharing our experience taking the bus from Kuala Lumpur to Singapore. We tell you how to book tickets and what to expect on the journey. It was a long but memorable travel day.

Kuala Lumpur to Singapore: travel options (and why to take the bus) 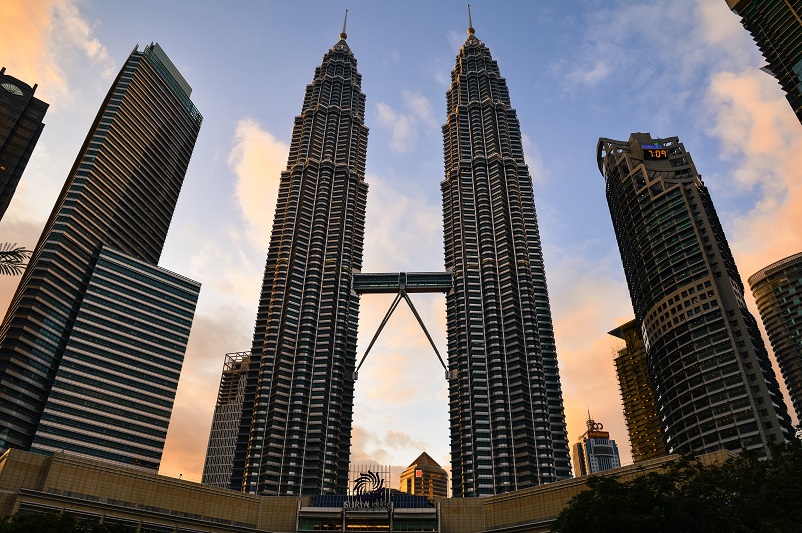 How to buy your Kuala Lumpur to Singapore bus ticket

This seemed simple enough, but there were so many options! And just as many horror stories including bus drivers leaving passengers at the Singapore border because they took too long. We did a lot of research and decided on Grassland (AKA Super Nice). They got pretty good reviews, but we mostly chose them because they left from the the middle of Kuala Lumpur, near where we were staying. Other buses leave from the bus station which is a bit far outside the center and would have necessitated a taxi. We used Busonlineticket.com, which we recommend, but be careful because they automatically add insurance to these bus tickets. We didn’t notice and it cost us a few dollars. Our two tickets cost us a total of 67 SGD (~$47.50 at the time).
<< Before we got to KL we were in Thailand. Read next: how to get from Thailand to Malaysia  >>

What to expect on your Kuala Lumpur to Singapore bus trip

Preparing for our bus trip involved the following three extremely important steps: checking in, going to the bathroom, buying bread. For this specific bus company, you need to check in at a hard-to-find office (it’s behind a 7/11 on Jalan Imbi) 30 minutes before the bus is scheduled to leave. You are instructed to go to the bathroom before the bus departs and it is questionable if there will be any bathroom stops on the way to Singapore (but of course, there were). You are also advised that you cannot bring any food other than bread on the bus.

The seats were huge and really comfortable, but someone had fun picking the upholstery design. The entertainment system was just a list of mp4 files, but Sarah was able to enjoy The Hobbit. We got comfortable and settled in for a long ride. But then, no less than ten minutes after leaving, the bus stopped for a bathroom break. Seriously. We were still in the city when the bus stopped. Three hours in, the bus stopped again for a longer bathroom-plus-food break. We entered this food court/hawker center on the side of the highway. The bathrooms were unpleasant, but necessary. And we were able to spend the last of our Malaysian money on snacks. 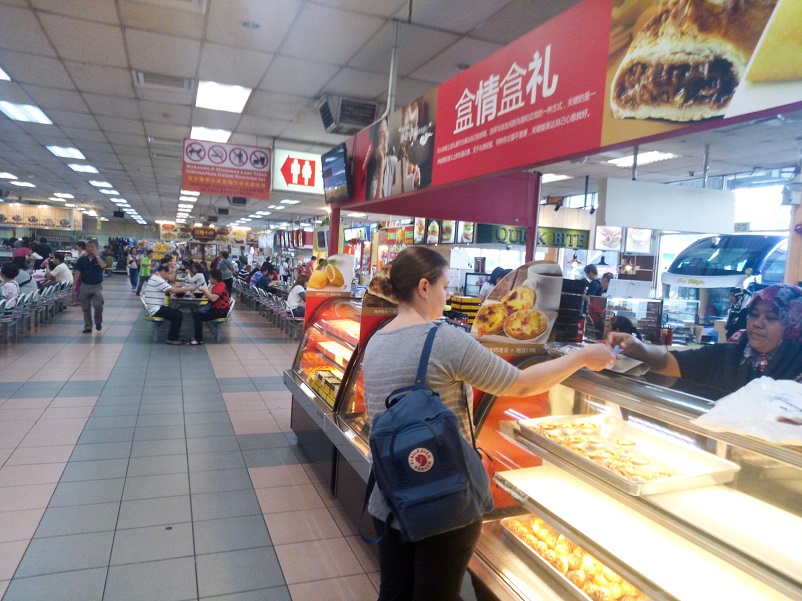 This was a bit hectic and disorganized. The bus stopped and we were yelled at to leave. It took less than a minute to get through customs and then we had to find our bus among a sea of similar looking buses. We followed people who looked familiar and it worked out.

This took longer than expected because it took the bus so long to reach the border center. We were on a slow moving line of buses for about an hour. The actual entry process was very organized, and pretty fast, as was finding the bus on the other side (there was a screen with numbers). There are also bathrooms here! 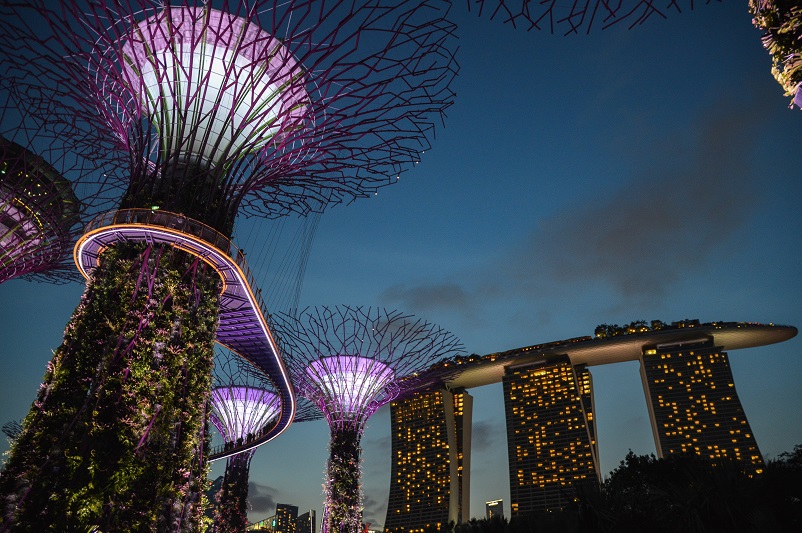 It didn’t take long to get from the border into the city. It was dark and we got a nice view of the Gardens by the Bay Super Trees all lit up. The bus we took dropped us off at the Golden Mile Complex, which is in the city center. We chose a bus that would drop off here instead of in a suburb where many buses (and the train) drop off. We could have taken a subway to our hotel, but after our seven hour journey we just grabbed a taxi.
<< We loved Singapore so much, we ended up coming back! Read our tips for what to do and eat in Singapore here >>

To summarize what we learned and things to keep in mind from our journey from Kuala Lumpur to Singapore:
<< Read all our tips for planning a world trip itinerary >>