We like garlic. Sarah cooks with it in almost every meal at home. So we were delighted to find two dishes that highlight the vampire-fighting bulb while traveling in the Czech Republic.

A specialty of Olomouc, it is a ripened, soft cheese that has a pungent,  garlicky smell and taste. We first tried this cheese in Prague where it was at its strongest: served cold in a bath of sinfully heavy garlic oil (along with onions of course). It wasn’t bad – a very good beer snack – but this preparation probably tops out at “acquired taste”. 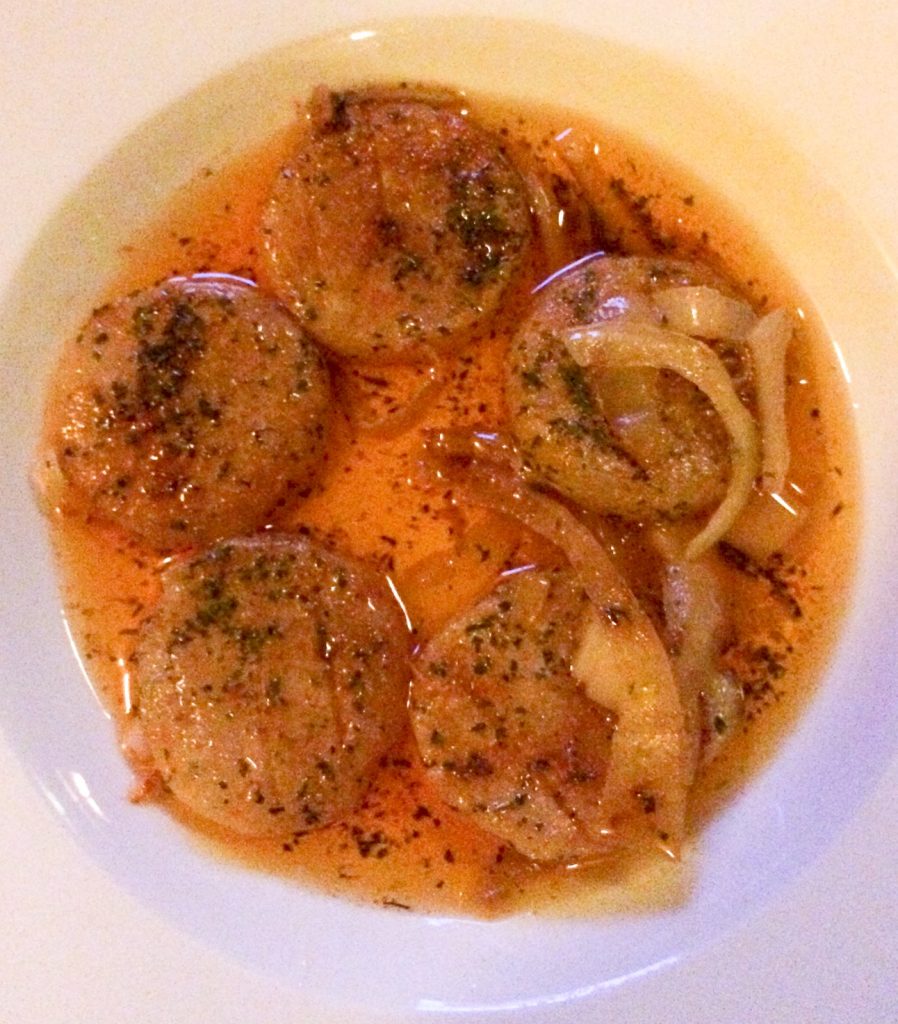 In Brno, it was served alongside pickled veg (mostly onions) in a very spicy pepper oil/sauce, and with bread. Because, carbs.

Our favorite versions were from Olomouc: sliced and melted onto toast along with bacon, onions, and greens. This was really good and, please don’t laugh, borderline light without the copious oil bath. The most peculiar (but great) thing about this preparation was that while eating it, its pungent nature was muted. It was like a better open-faced ham and cheese. However, once consumed, the garlic flavor stays with you for hours. Mmmmm. 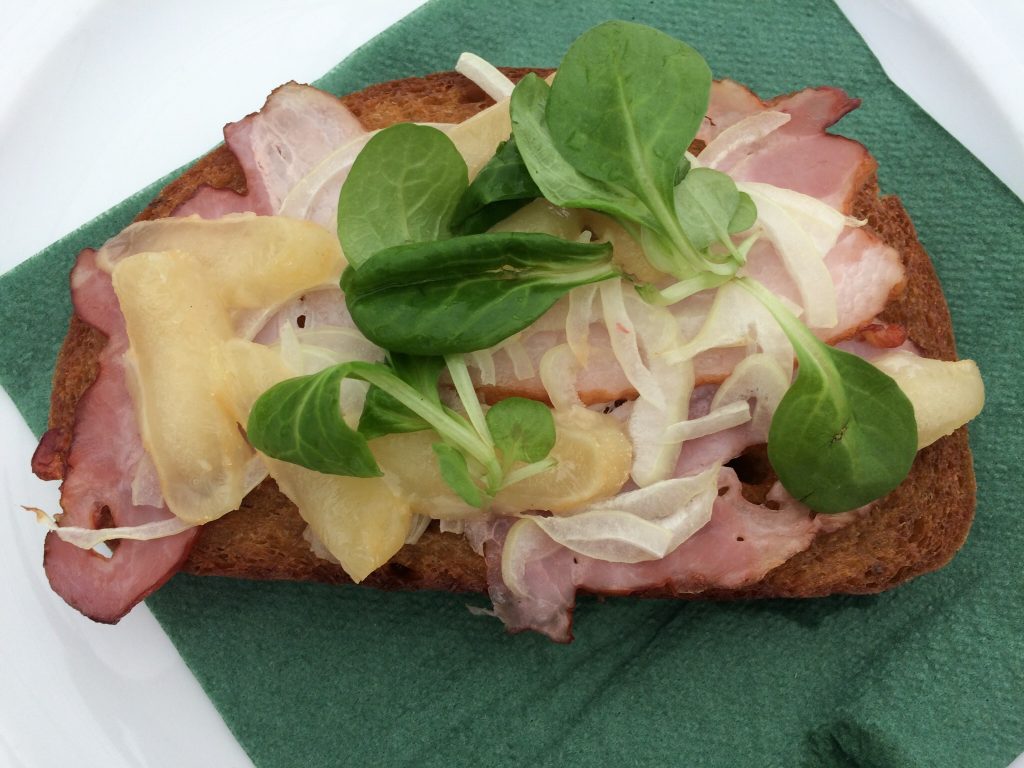 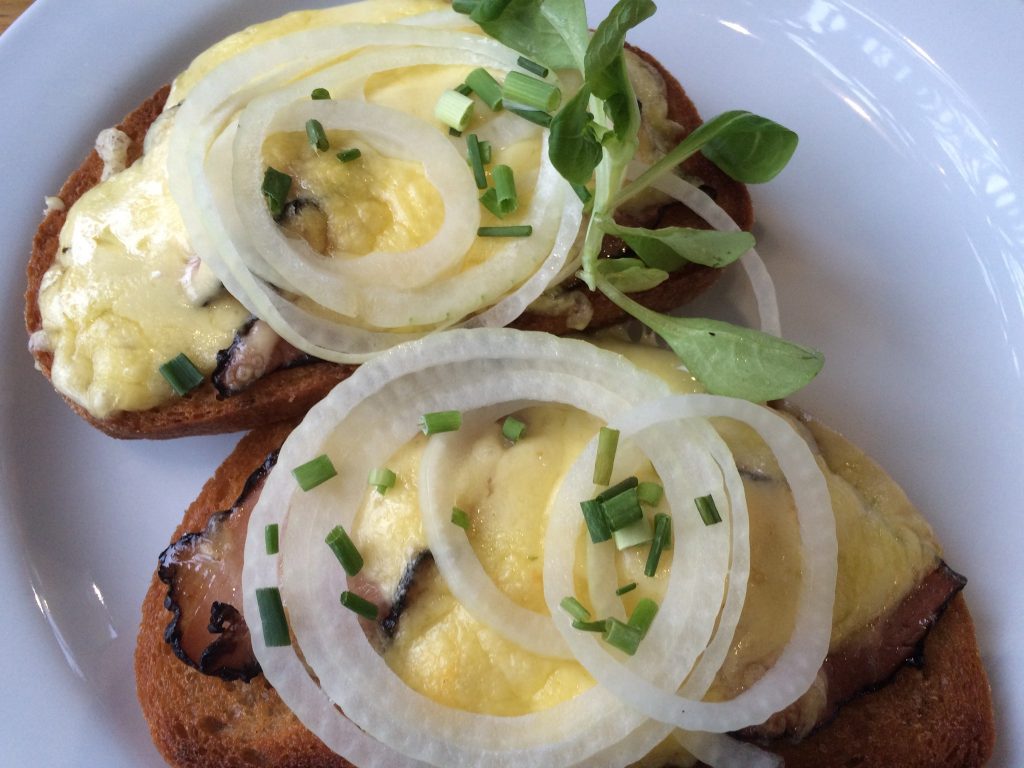 The cheese is so popular in Olomouc, the tourist office even has a vending machine. We were tempted, but didn’t think carrying smelly cheese as we traveled in the hot summer was the best idea. 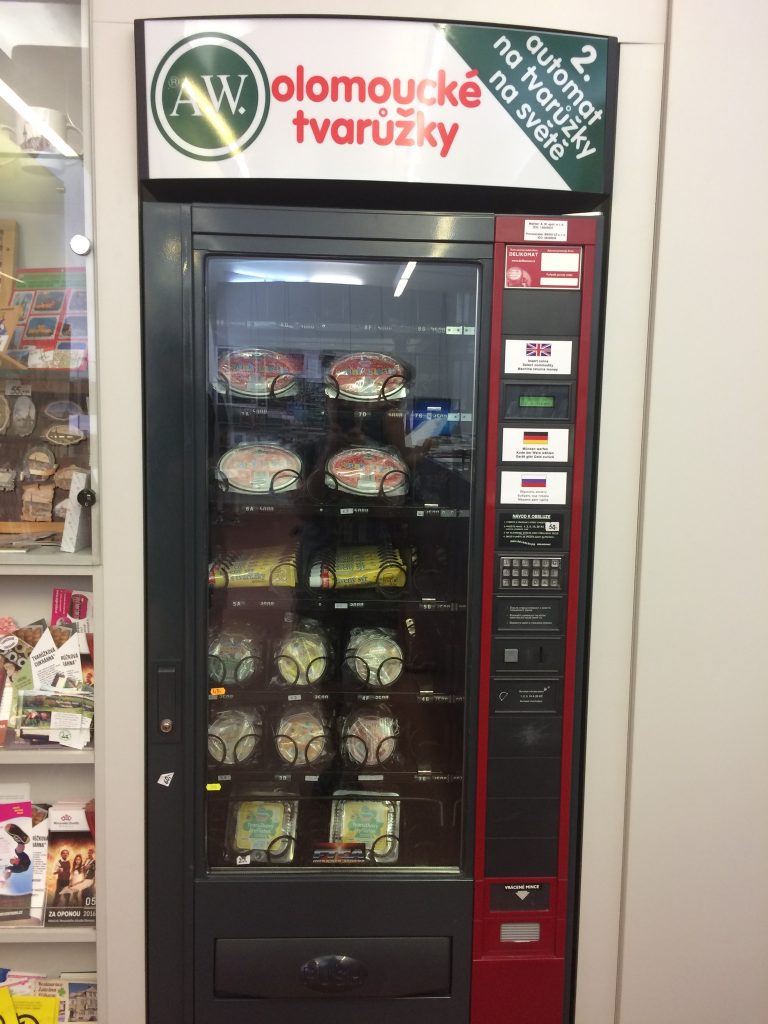 On the menu in seemingly every restaurant we saw in the Czech Republic is another delicious, thank-god-we’re married treat: garlic soup. This was definitely Justin’s favorite dish. The basic recipe is garlic, broth, some type of meat (the preparation differed by establishment and city), egg, cheese, croutons, and some herbs. Way too salty too be healthy but Justin could never resist. At all. 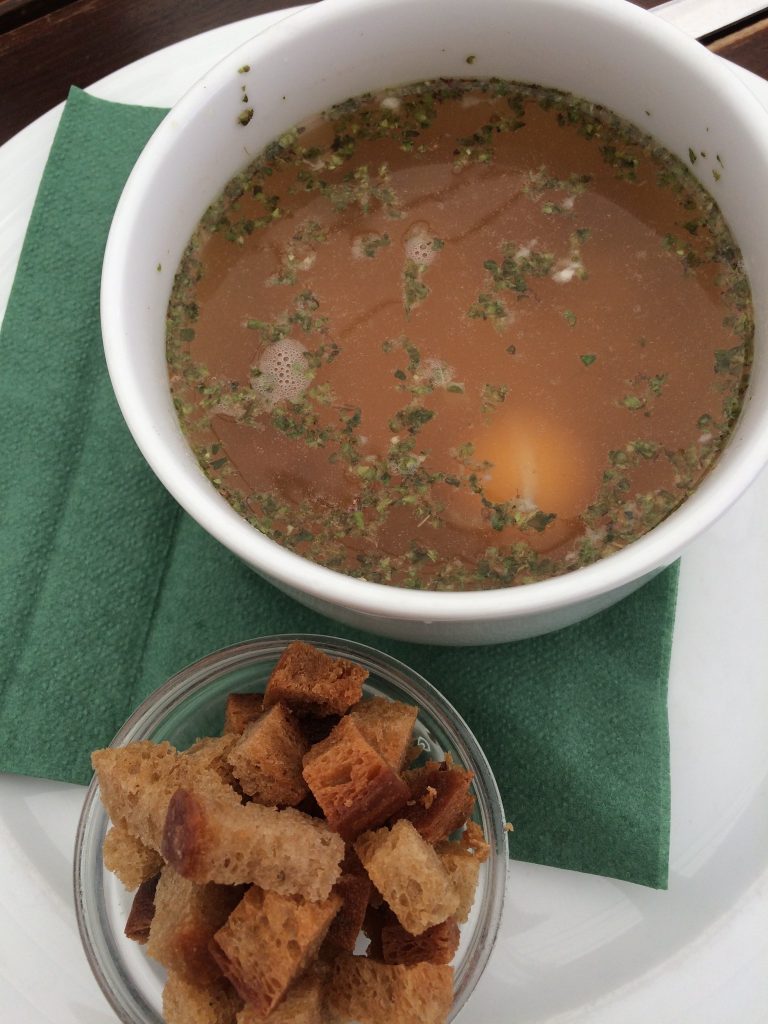 Note, the above picture was taken pre-egg-integration.

2 thoughts on “The garlicky pleasures of the Czech Republic”