We went to Lyon because we wanted to visit another big city in France and we needed a place to break up the journey from Paris to Nice. We spent five days in Lyon, so you might think we could give you a whole list of things to see and do and eat in Lyon. But our time in Lyon marked the beginning of a massive heatwave in France. And – thank goodness – we stayed in an awesome apartment with awesome air conditioning. So we spent a lot of time just hanging out, watching the end of the French Open, and cooking. But we really did love the city. It had a different feeling from Paris. And so even though we can’t make an “ultimate guide to Lyon” post , we can wholeheartedly recommend these five things to do in Lyon. 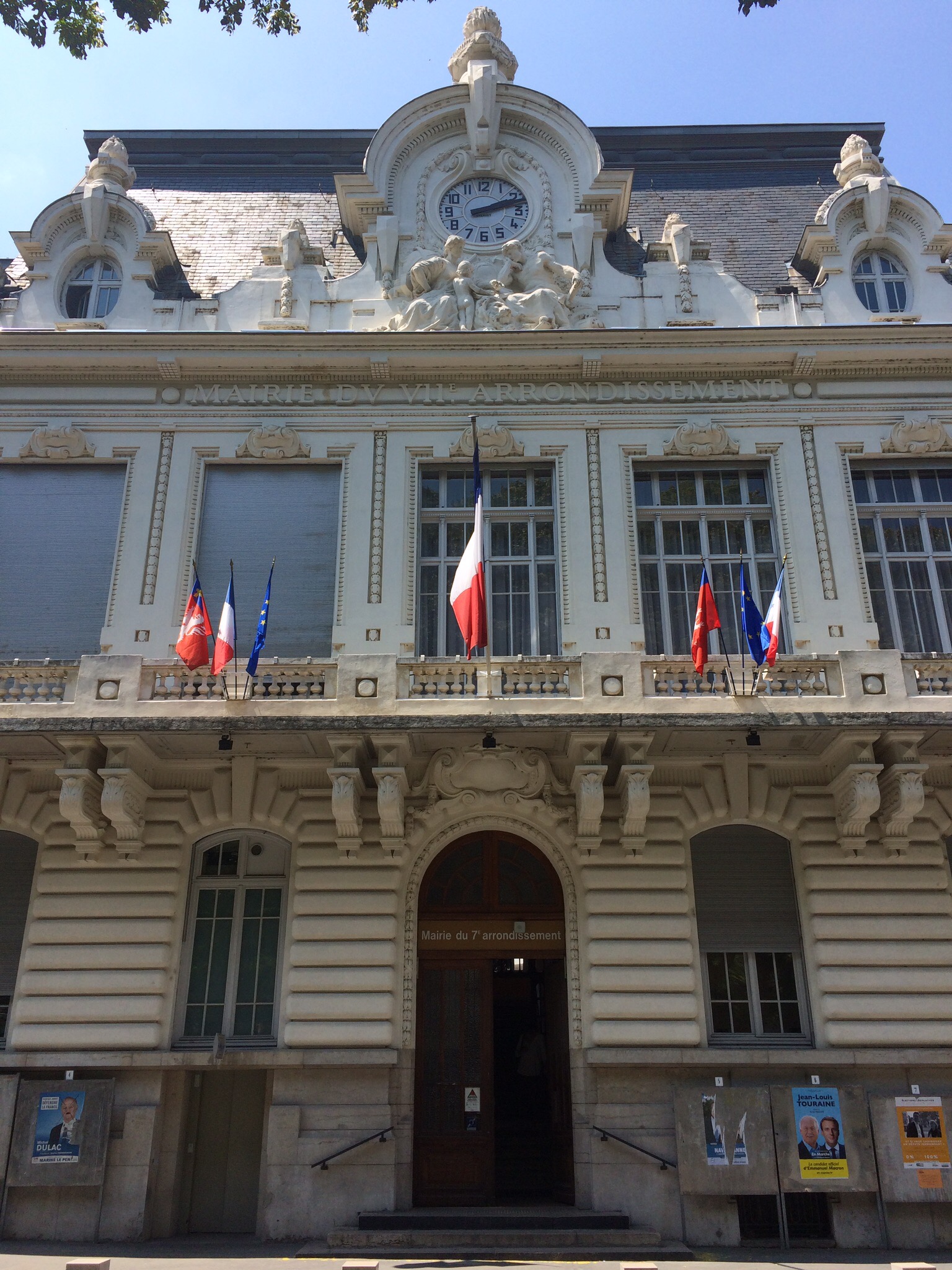 Vieux-Lyon is Lyon’s Old Town. It’s the oldest part of the city and is protected as a cultural site. From the main square – Place Saint-Jean – you can see the impressive La Basilique Notre Dame de Fourvière towering above. 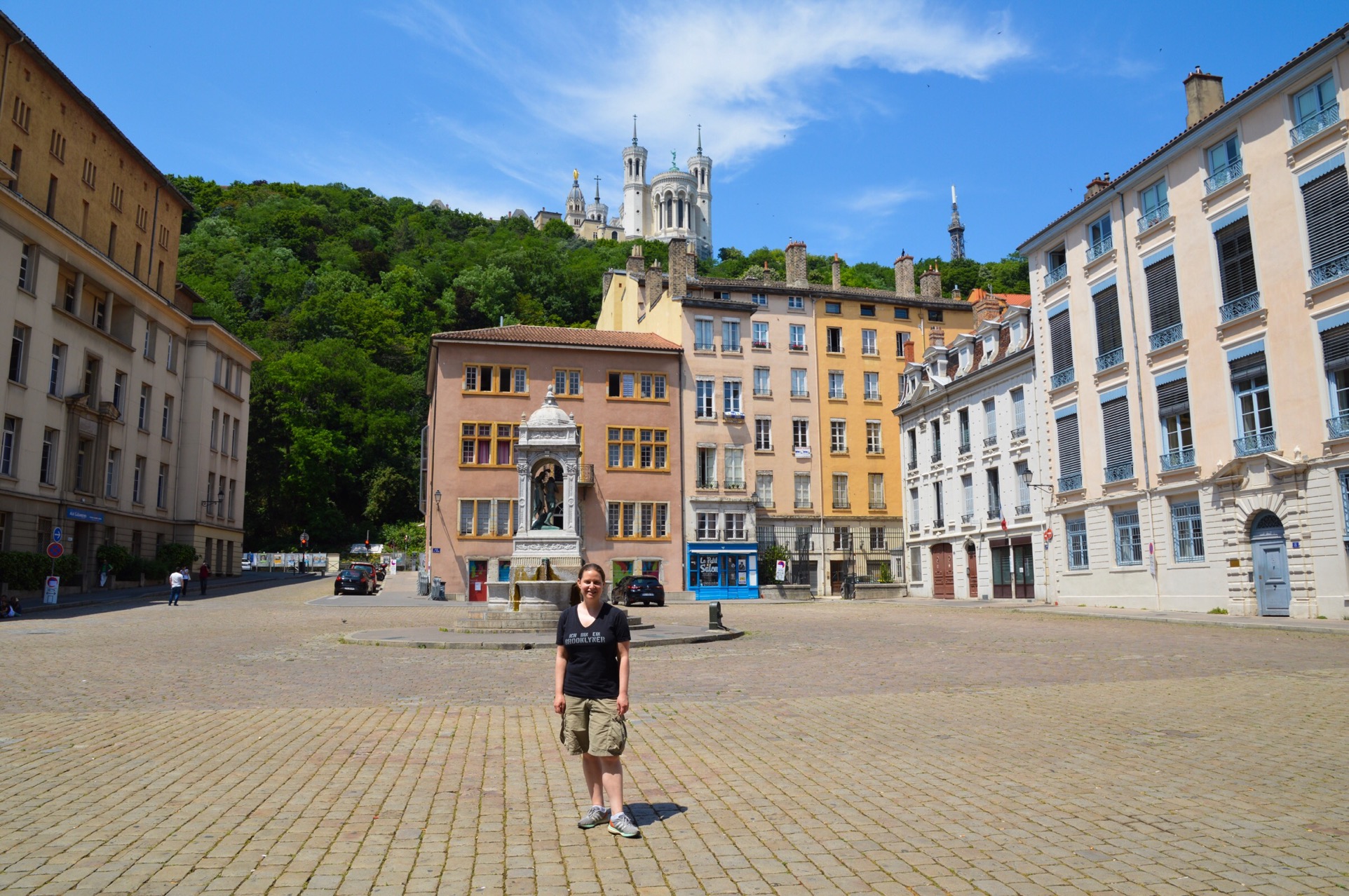 If you go on a Sunday, you’ll find a cool flea market in the square and surrounding streets. 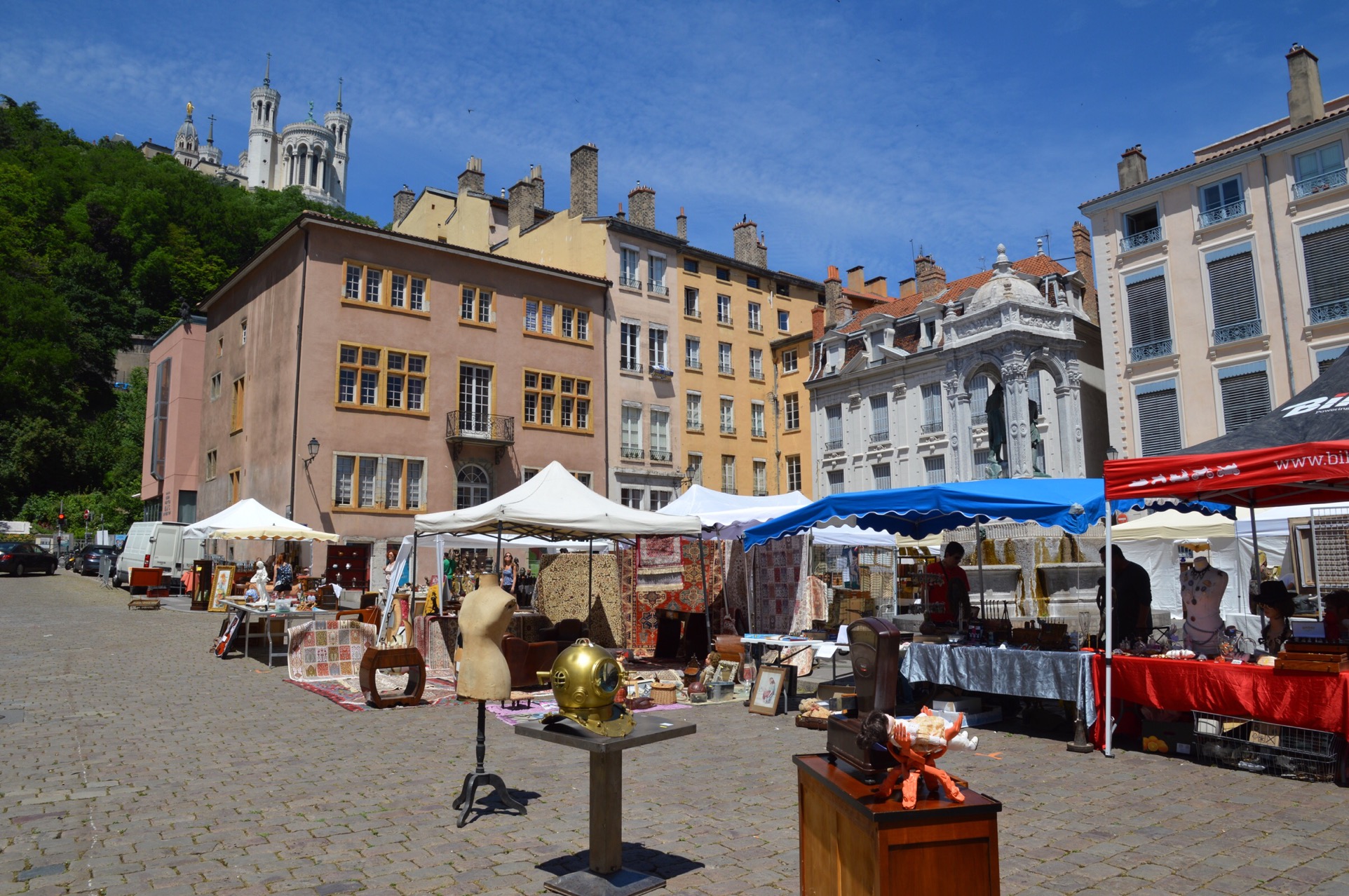 Across from Place Saint-Jean is Cathédrale Saint-Jean-Baptiste – a large and beautiful church. Most people gather on the front steps, but be sure to walk behind it to see the ruins. 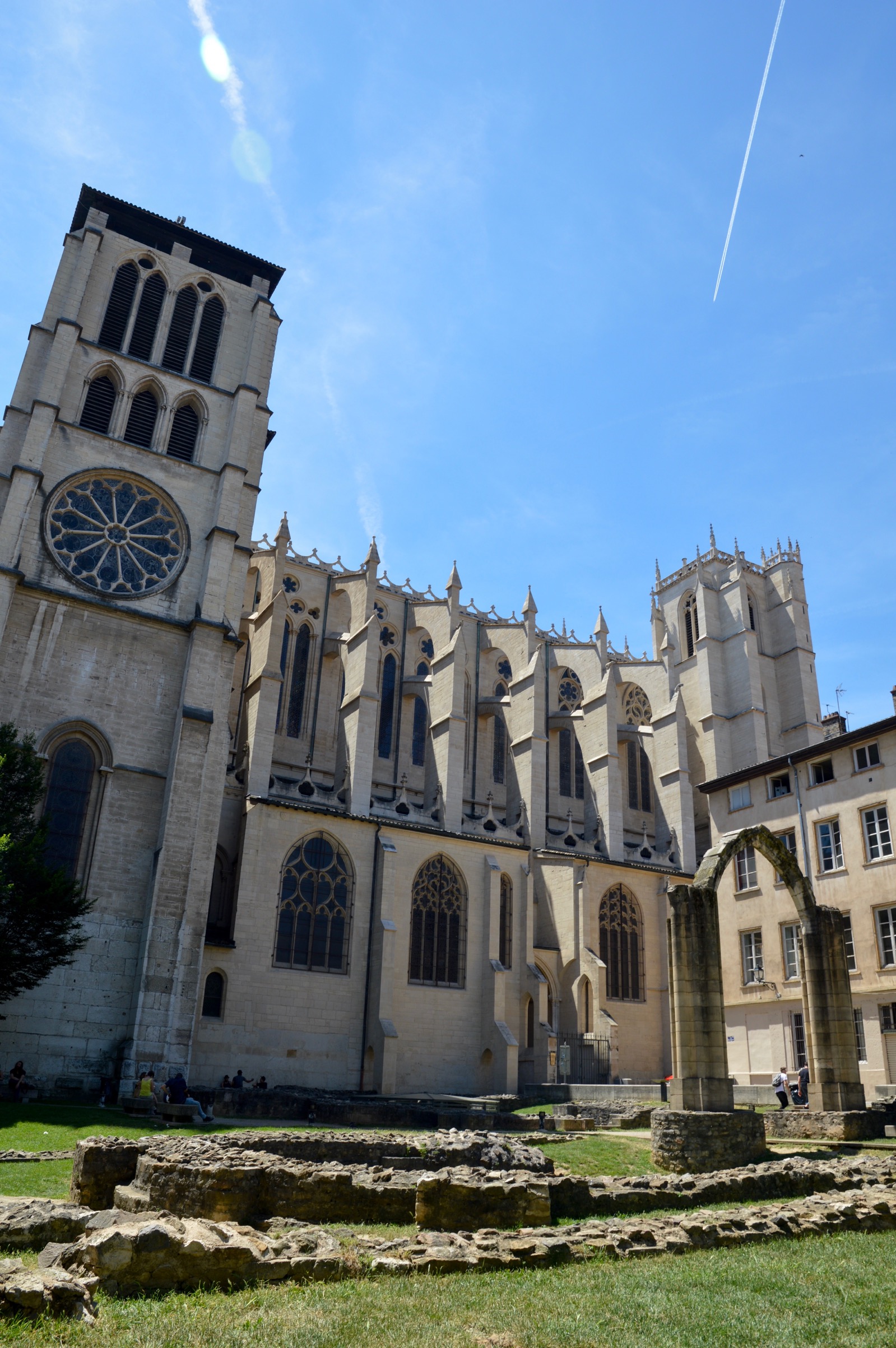 If you continue walking north, you’ll make your way through the heart of Vieux-Lyon. If you’re hungry (or just tempted), get a croissant or brioche with pink pralines (a specialty of Lyon) at Boulangerie Du Palais. It will likely have a line out the door but everything is super delicious and well-priced (especially for being in such a touristy location). The whole neighborhood is a beautiful series of narrow, winding streets and renaissance era buildings. 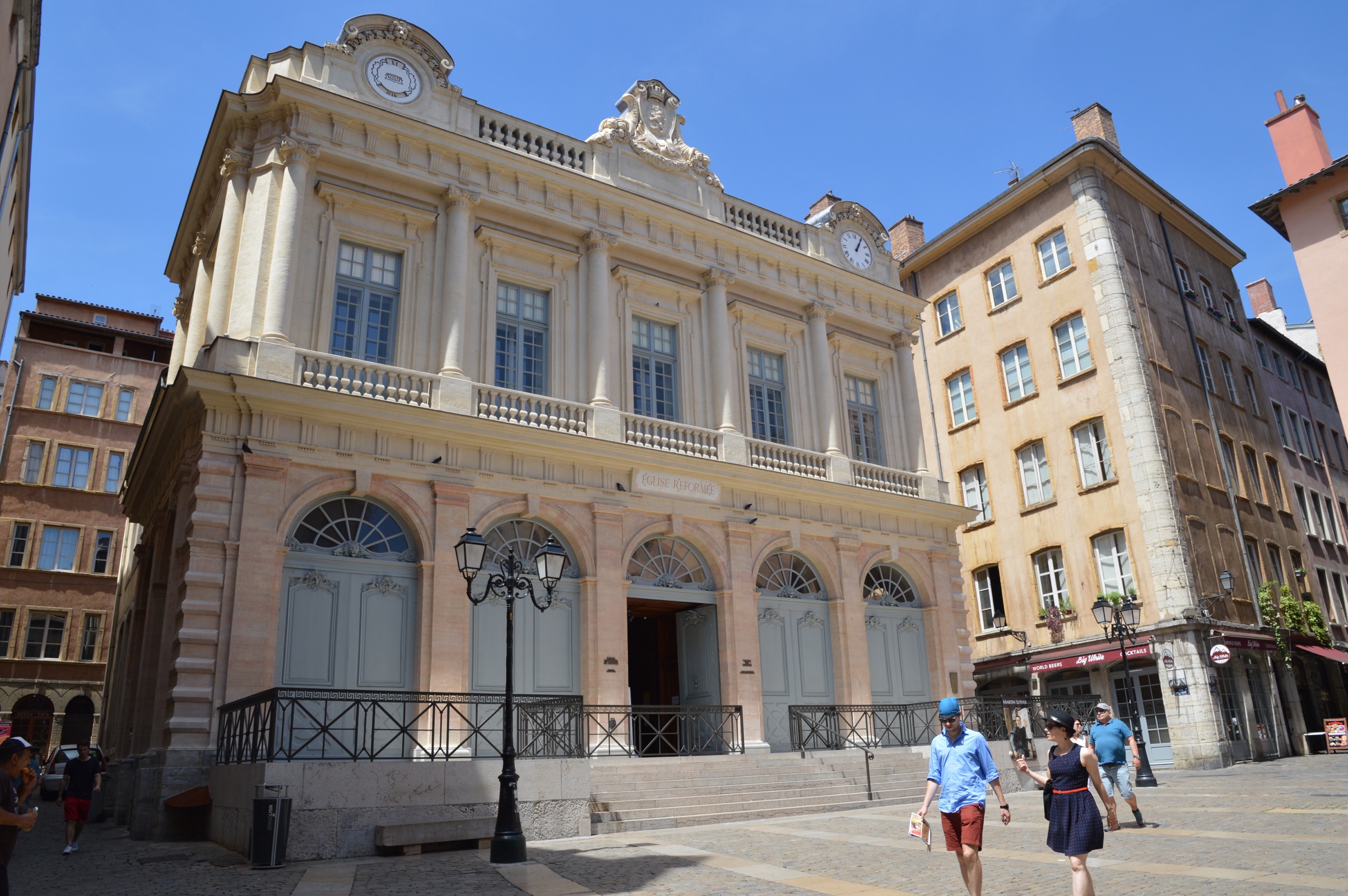 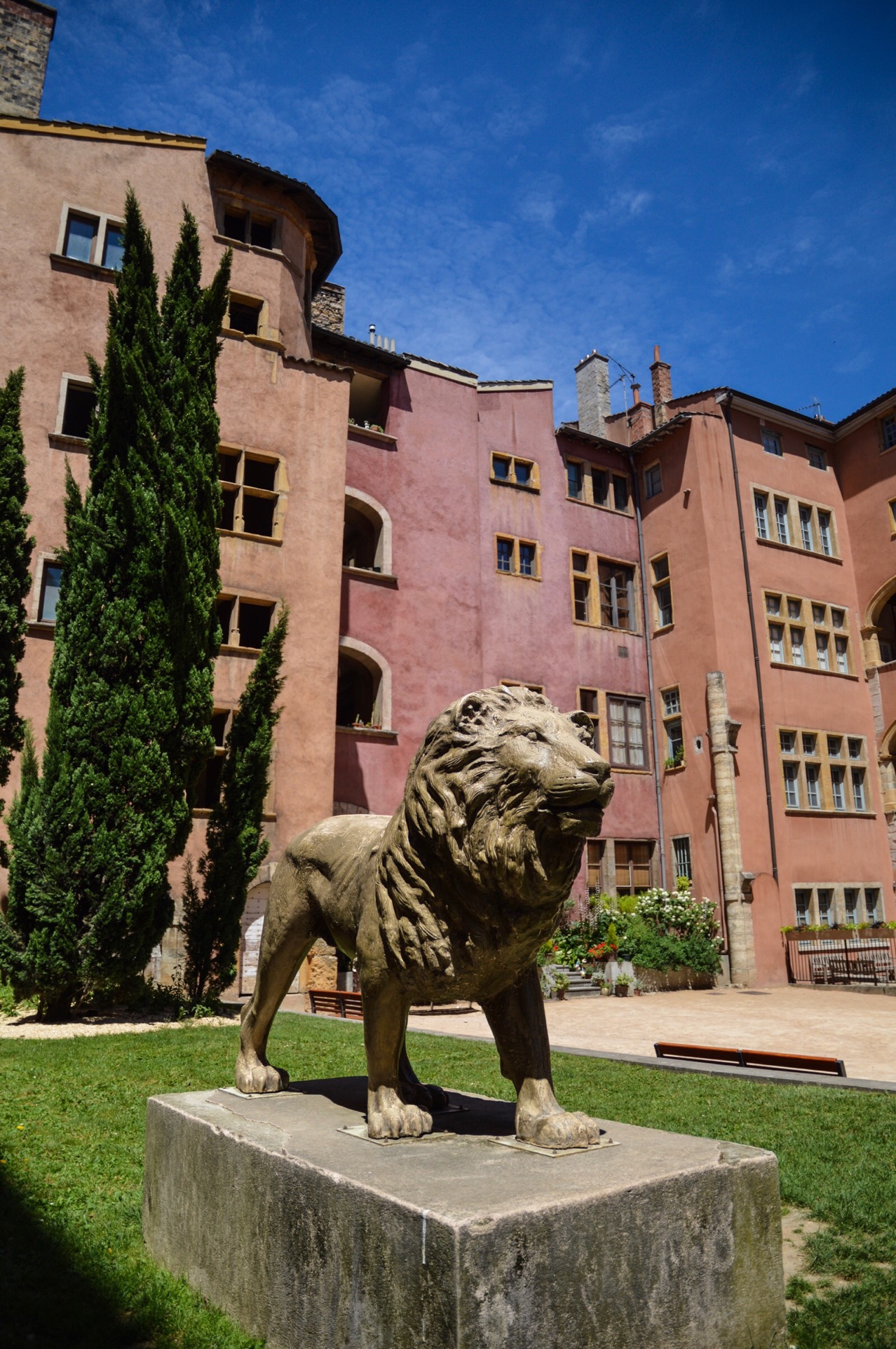 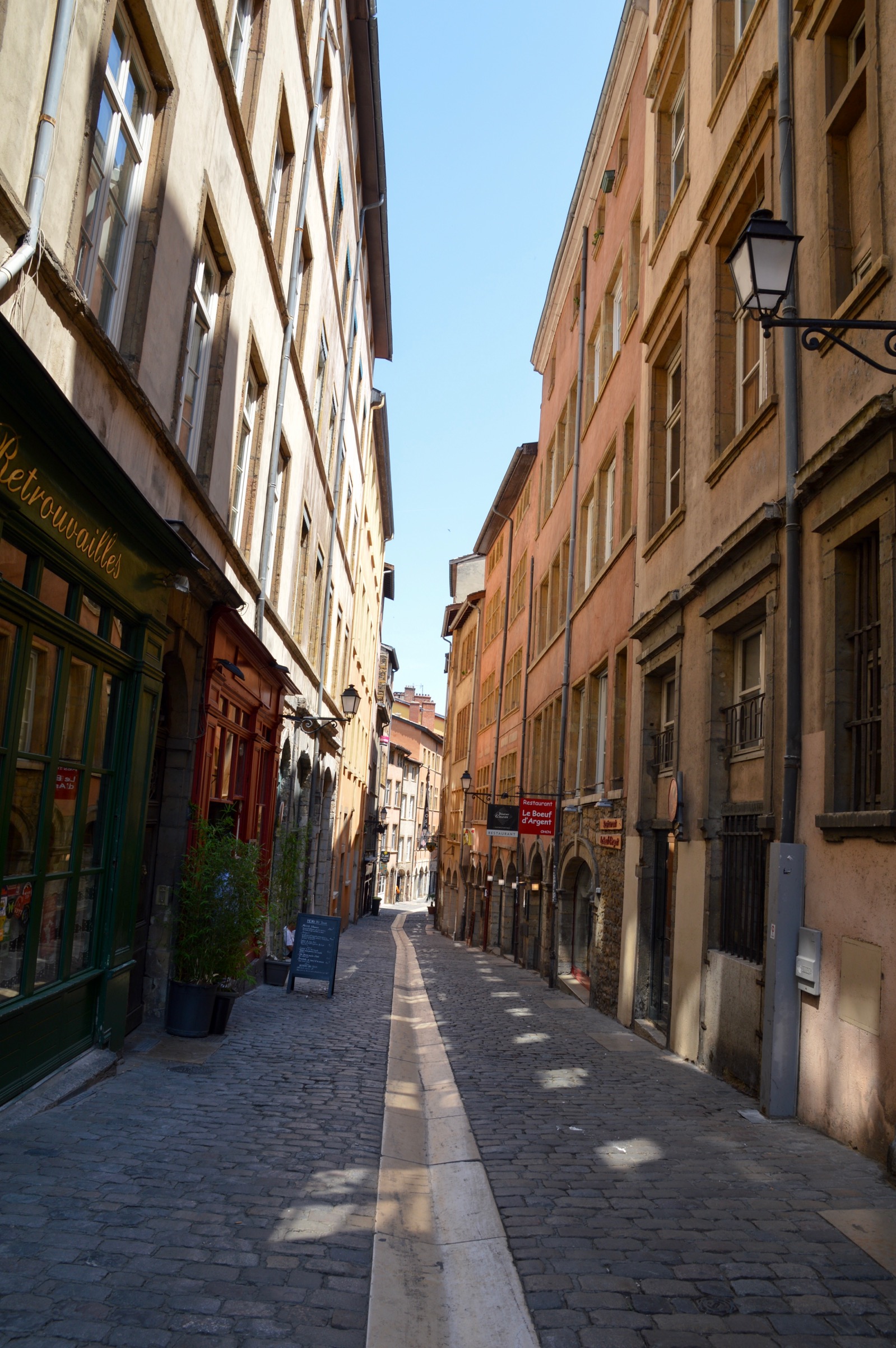 Make sure you walk south of Place Saint-Jean as well. It’s less touristy and busy, but the streets and squares are just as lovely. 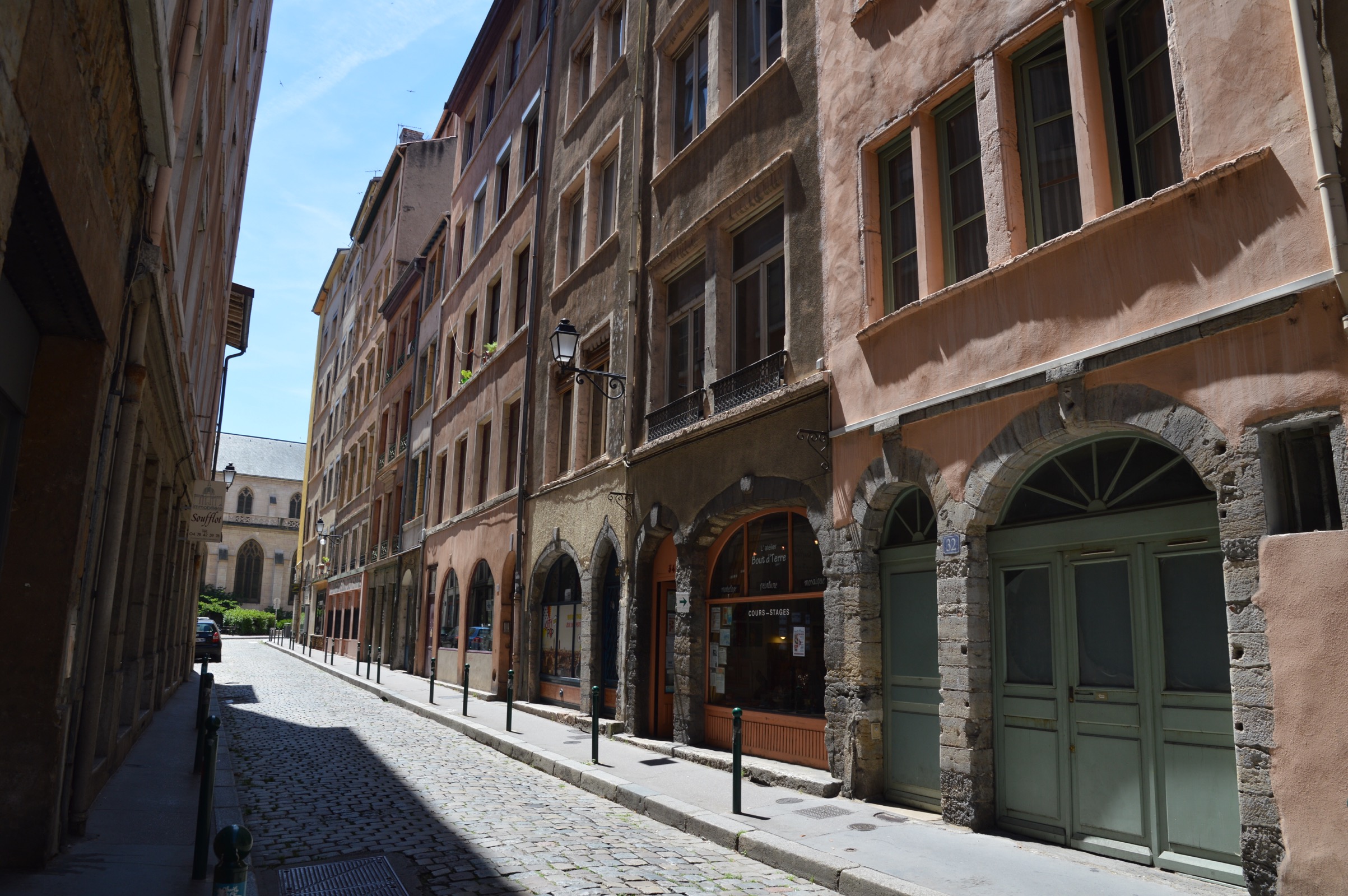 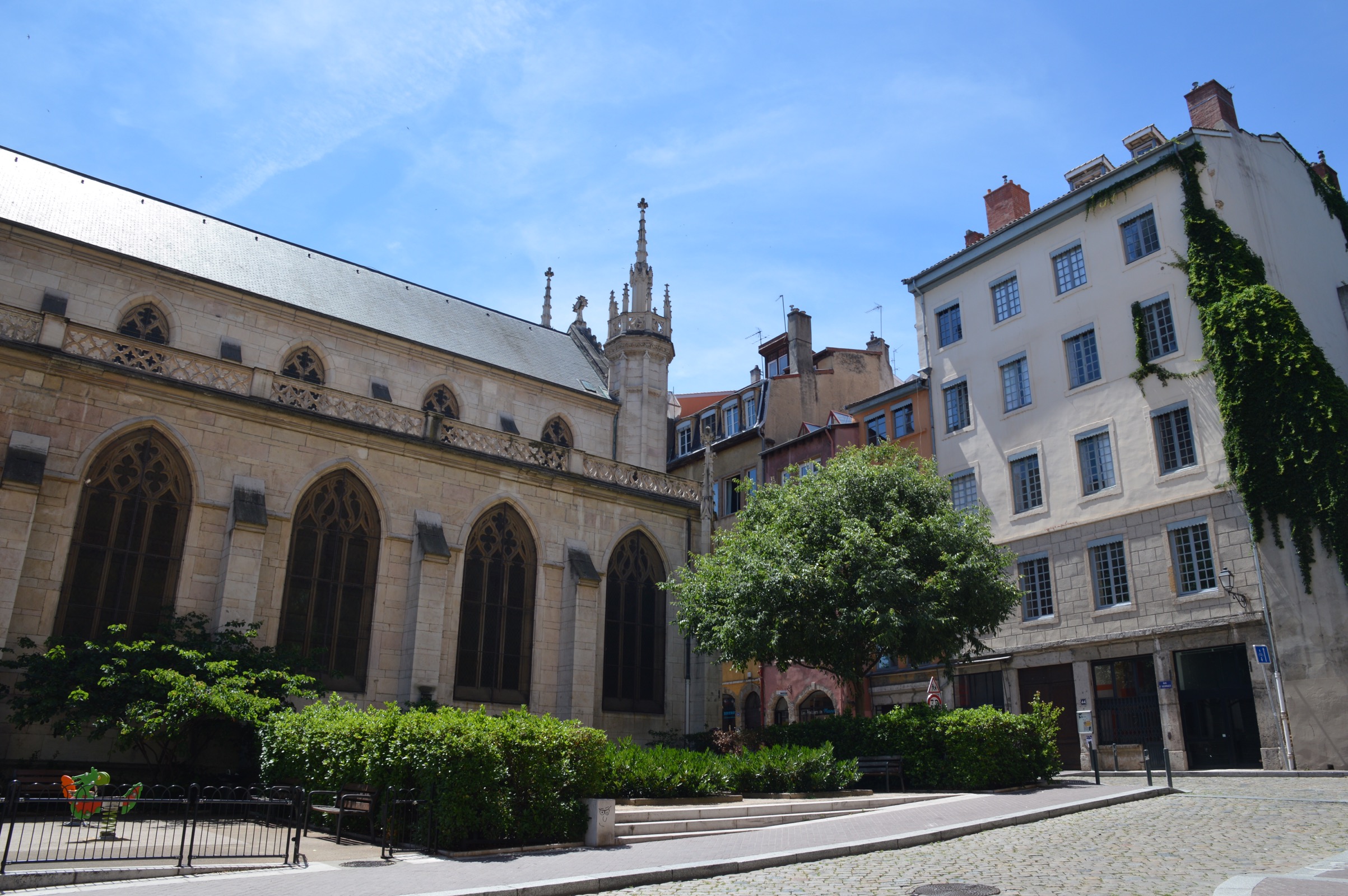 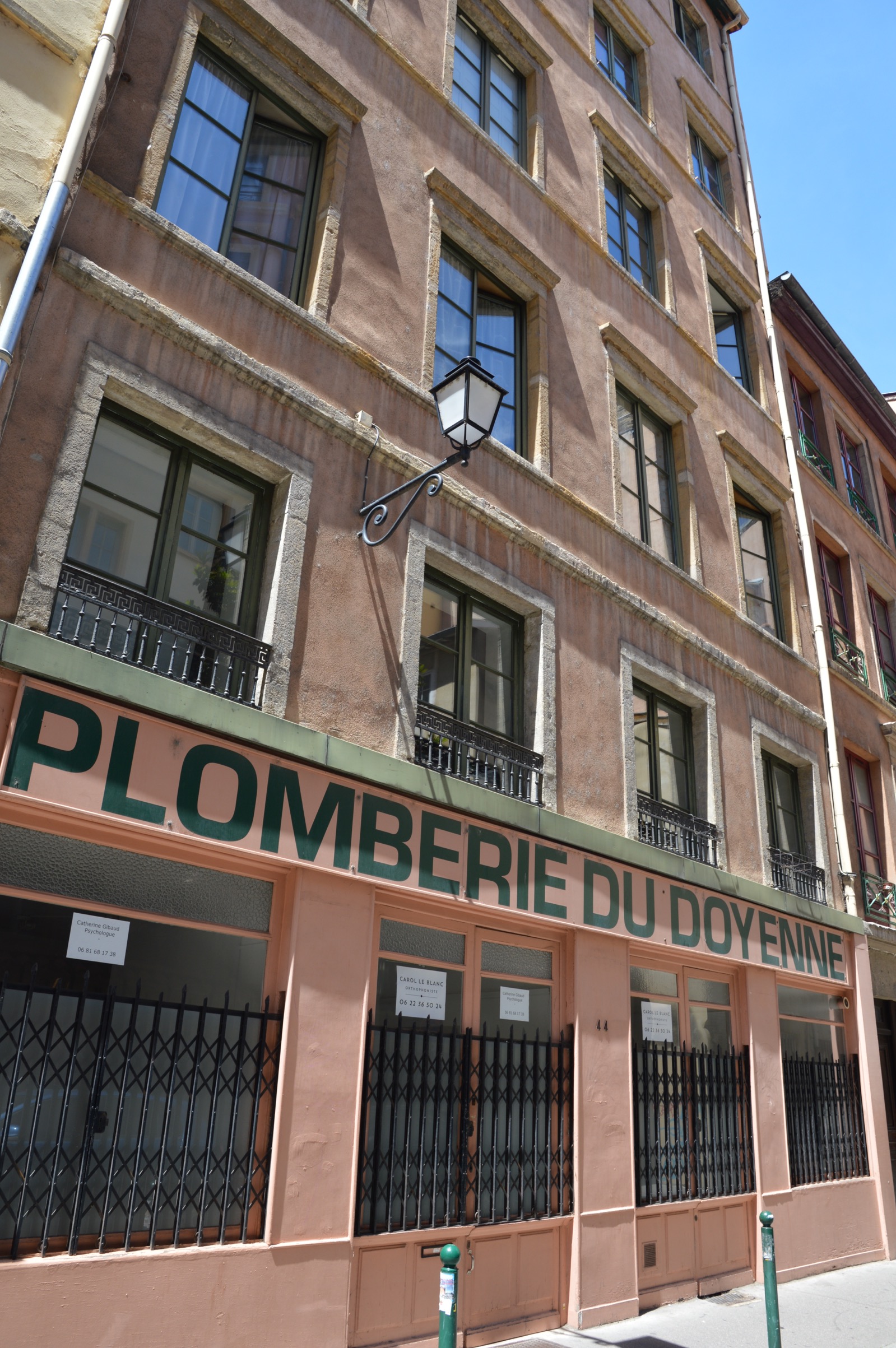 2. Take the funicular up Fourvière Hill

You can easily combine a trip up Fourvière Hill with your trip to Vieux-Lyon as the funicular station is combined with the Metro station at Place Saint-Jean. There were once five funicular lines in Lyon, but now there are only two. We took the F1 up to Saint-Just and walked down. If you only want to go to the ancient Roman ruins, you can get off at the Théâtre Romains stop. But if you go all the way up, you’ll get a great view of the other side of the city and you’ll get to see the modest, but quite nice church Saint-Just. 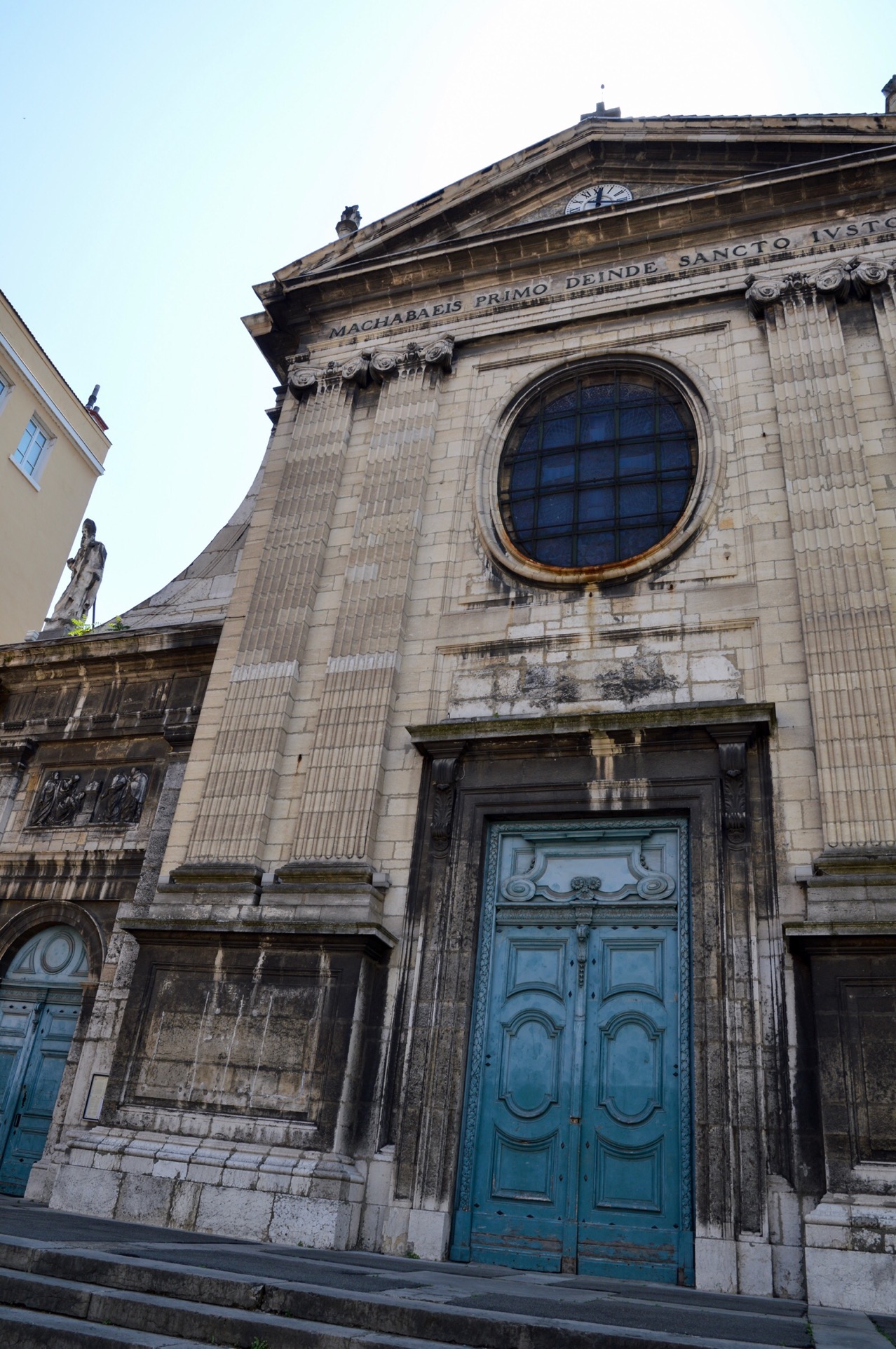 We walked down to the Théâtre Romains and walked around a tiny bit before realizing it was a gazillion degrees out and we didn’t want to be in the scorching heat without cover for too long (or at all). The Gallo-Roman Museum of Lyon-Fourvière, which is attached to the ruins, is supposed to be great, but we were too hot and too tired to enjoy it so skipped it. We also skipped seeing the star attraction – La Basilique Notre Dame de Fourvière – up close. It’s up a big hill and Sarah didn’t have her POC and did we mention it was insanely hot? Also, we typically don’t go inside places like that anyway, so we were just as happy to see it from afar. As you can see above, it’s really quite impressive from below in Vieux-Lyon. We did explore the gardens, stopped for some impressive views of the city, and had a great time going down the hill (we quite like walking down things). 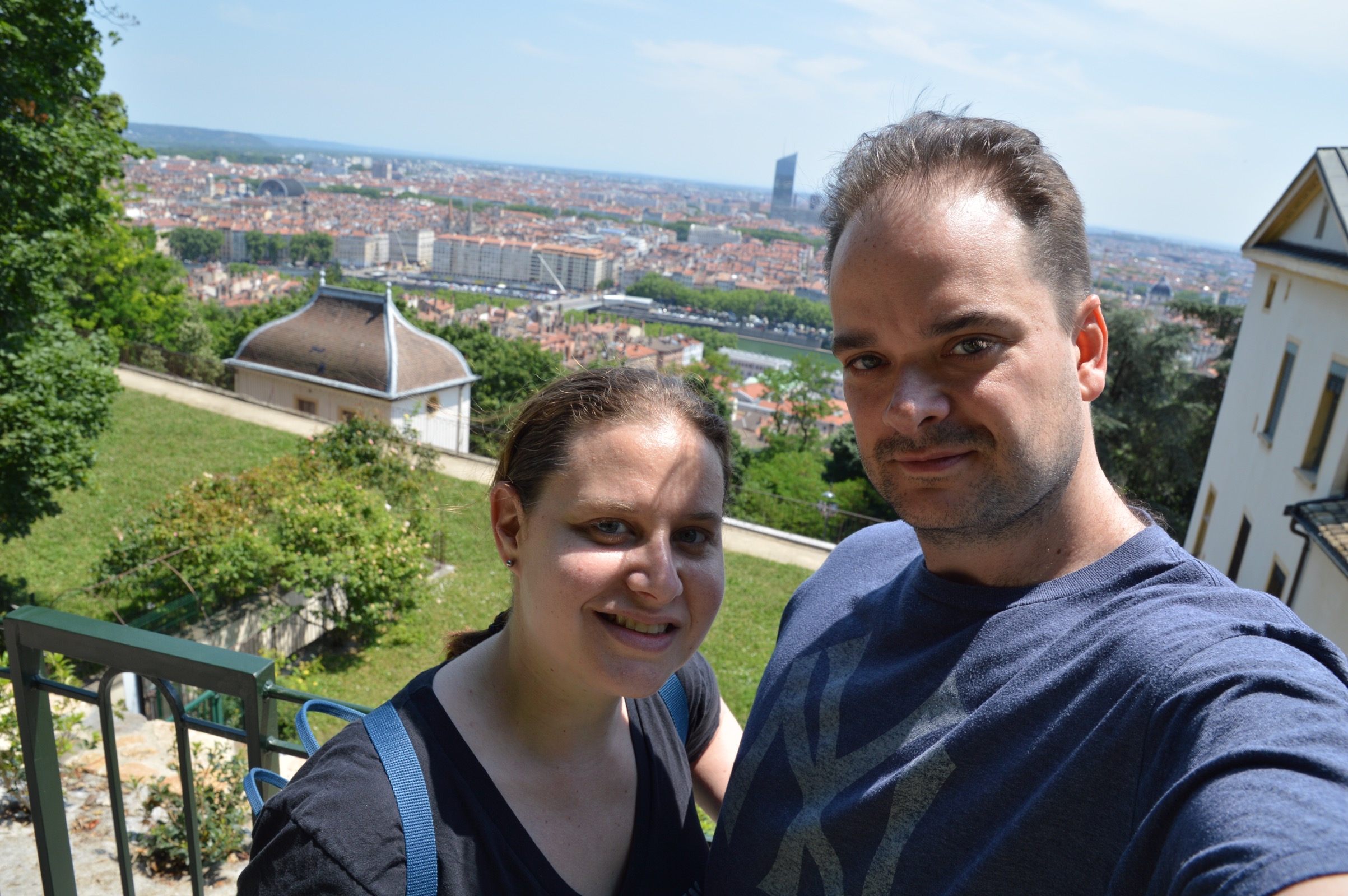 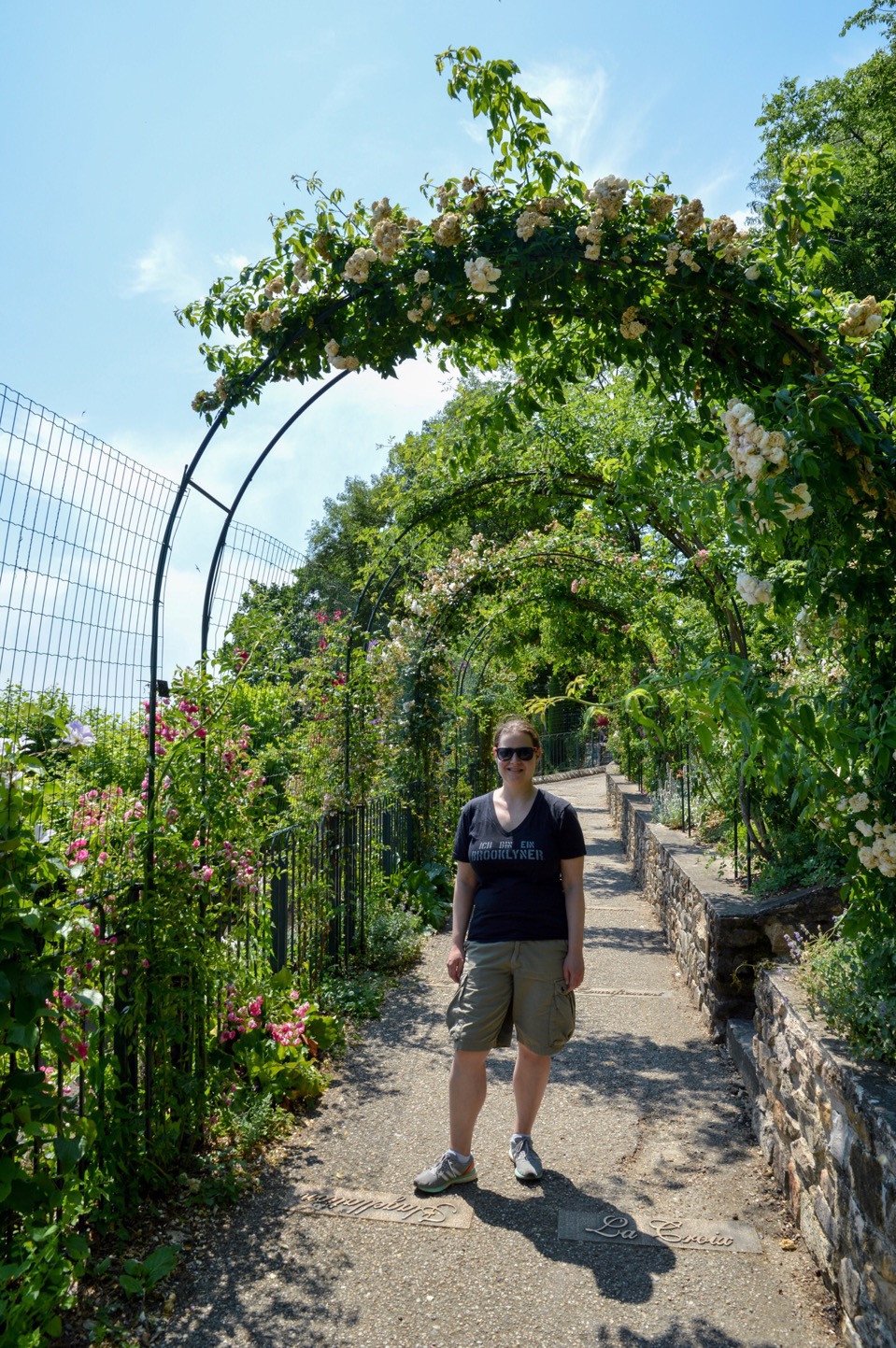 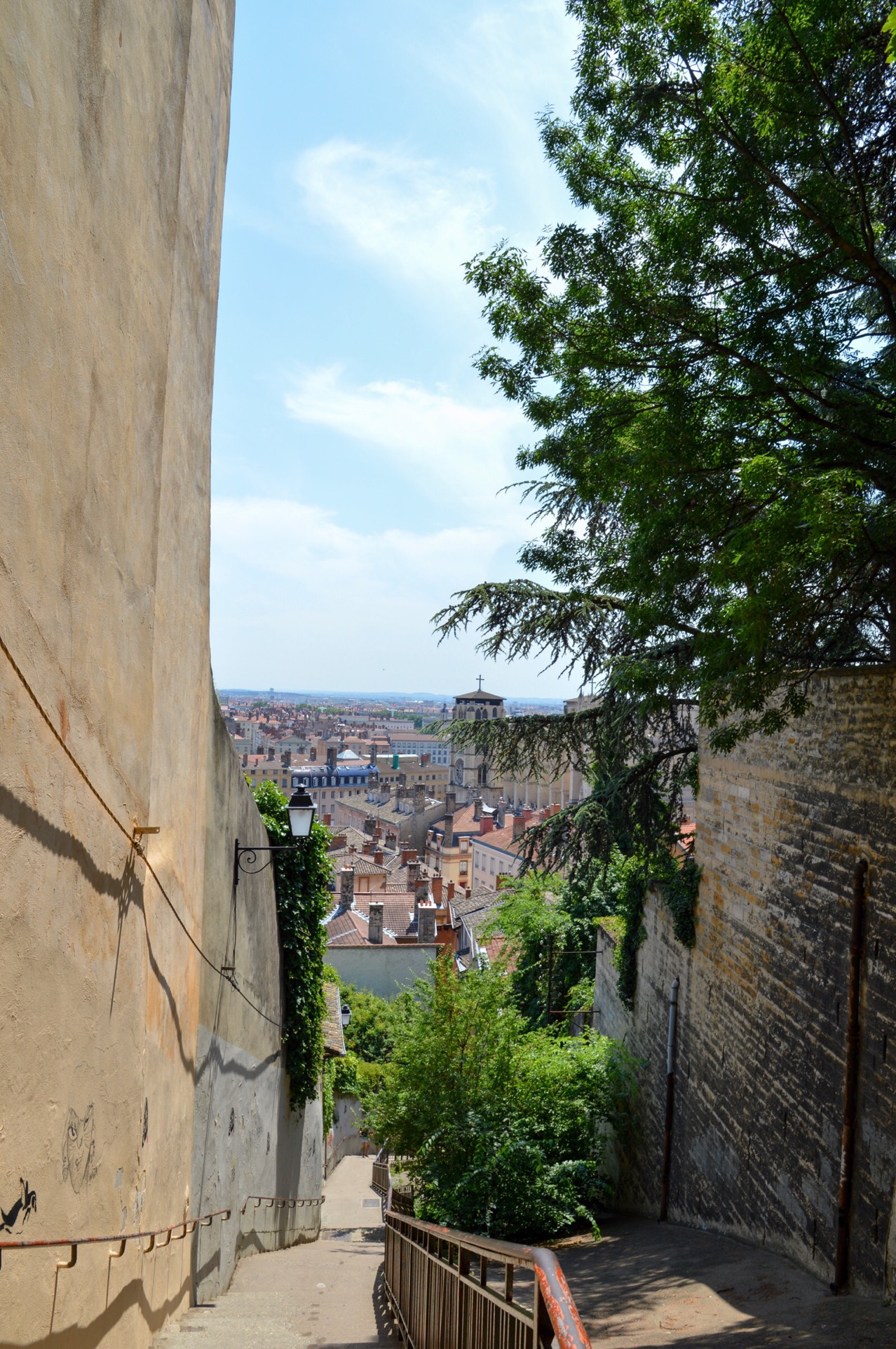 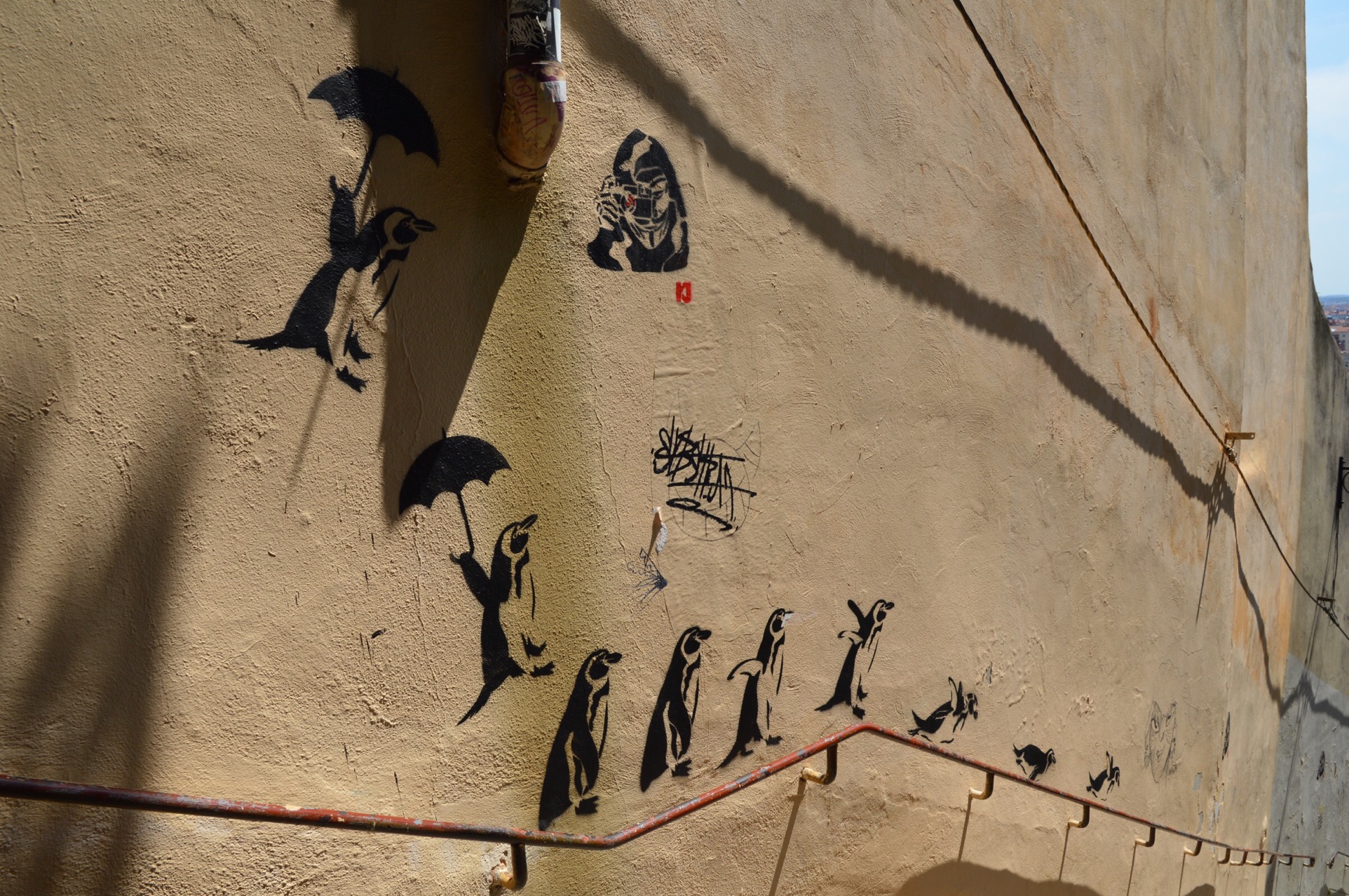 3. Walk along the rivers in Lyon

Two rivers cut through Lyon: the Saône and the Rhône. You can easily walk (or run, if you’re Justin) along both of them. And they’re pretty and if it’s as hot as it was when we were there, they offer a bit of a breeze. 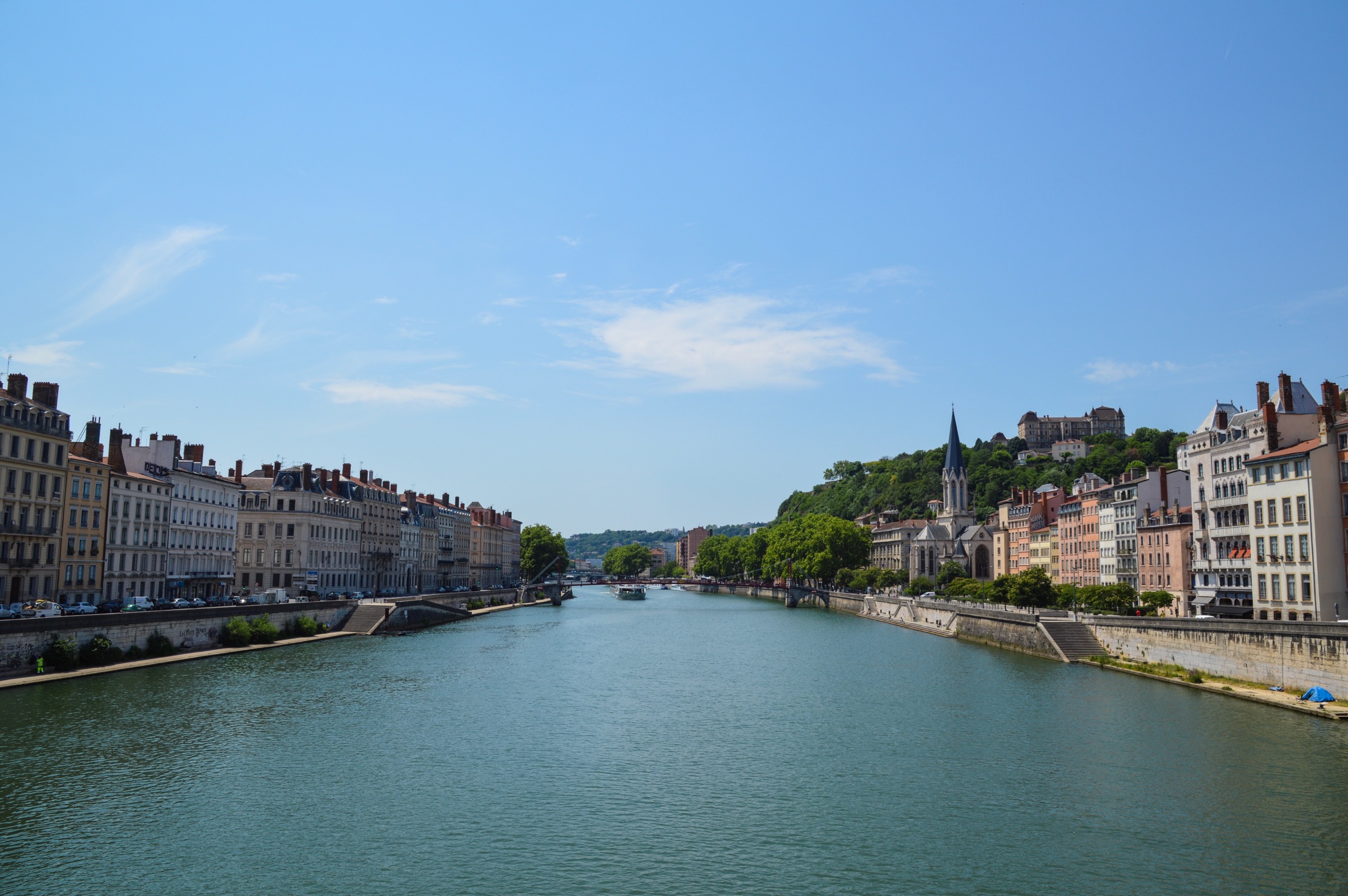 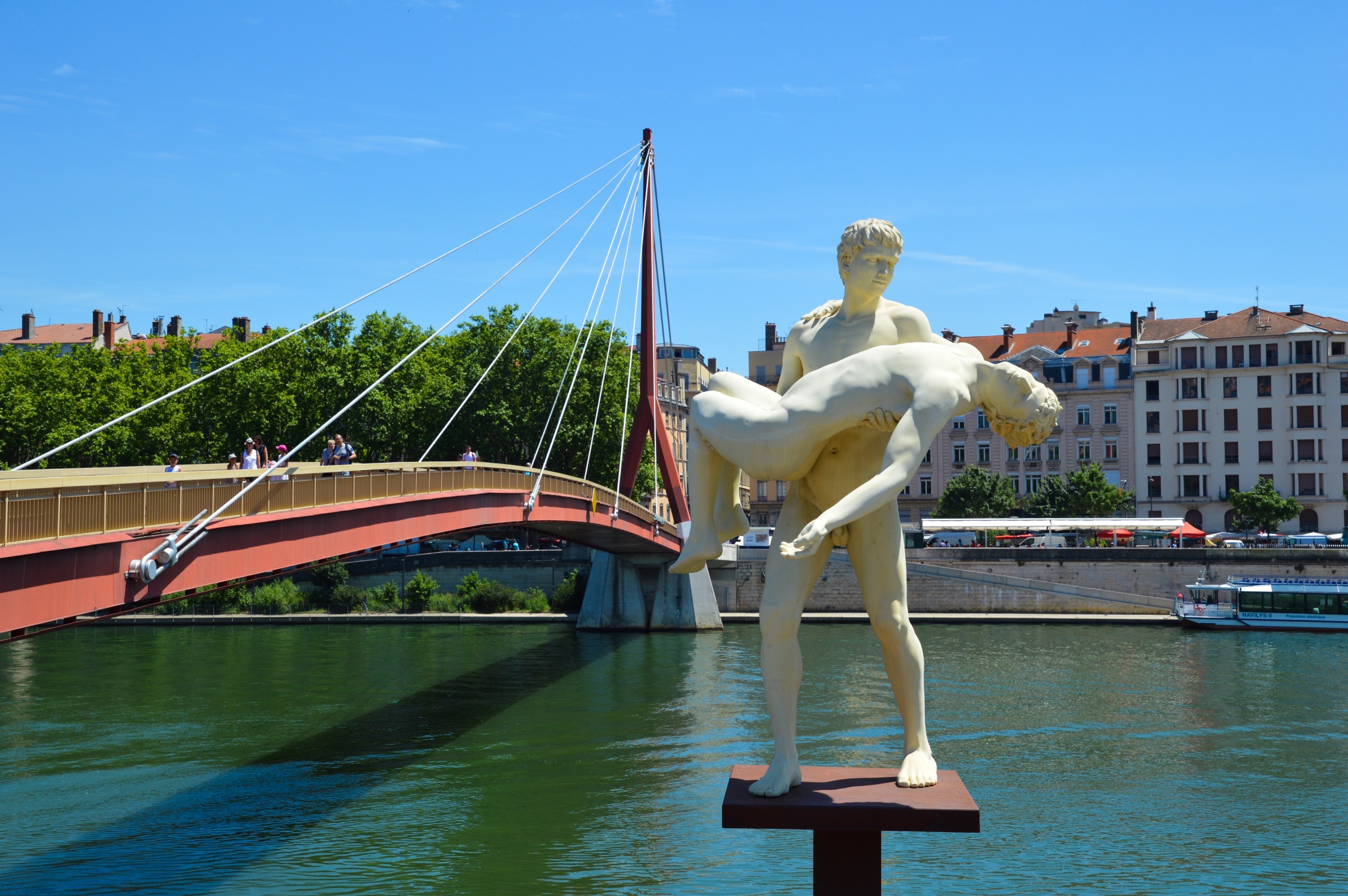 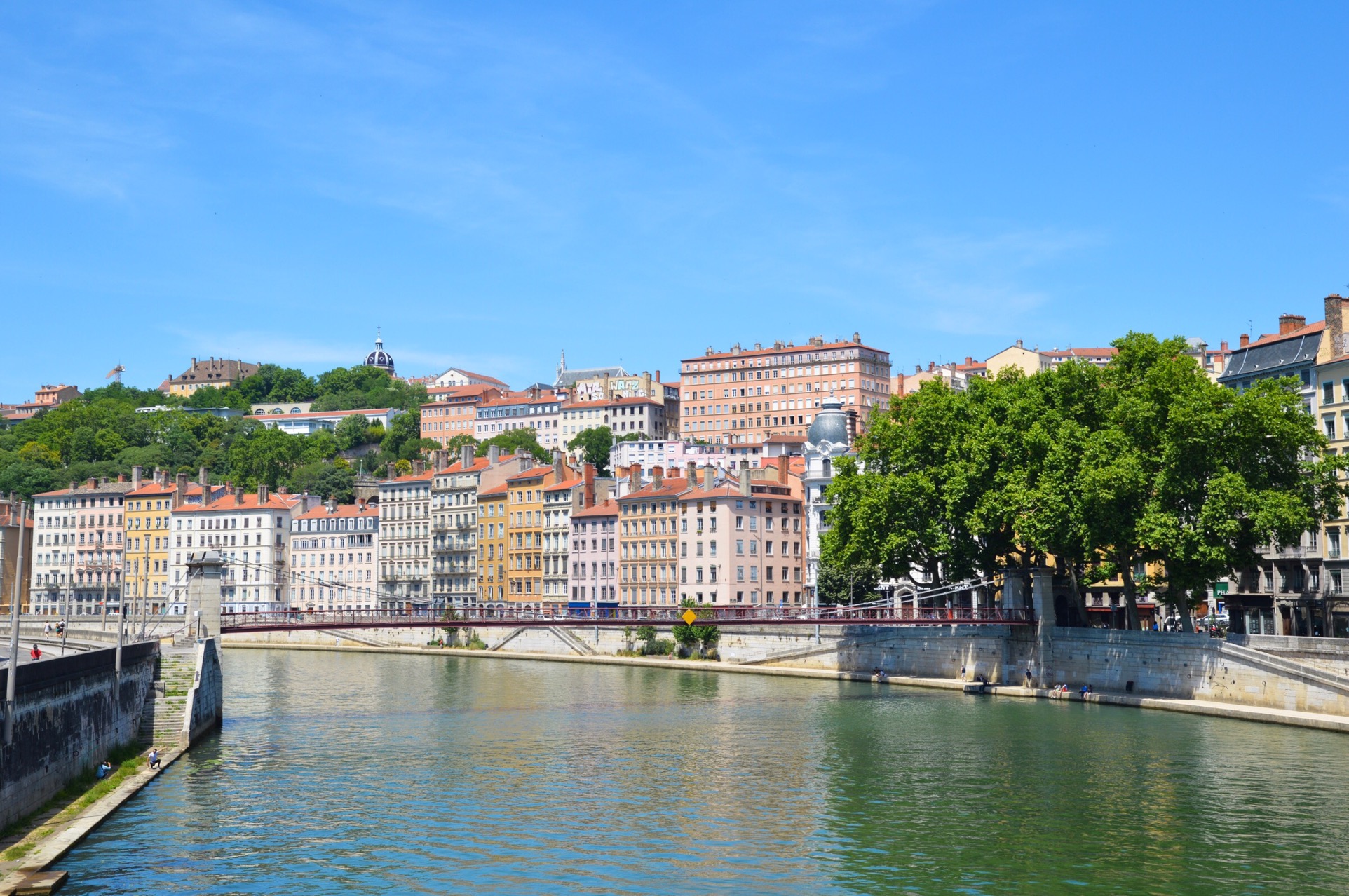 The neighborhood in between the two rivers in Lyon is called Presqu’île (which means peninsula). It’s quite built up with much larger buildings and much bigger squares. 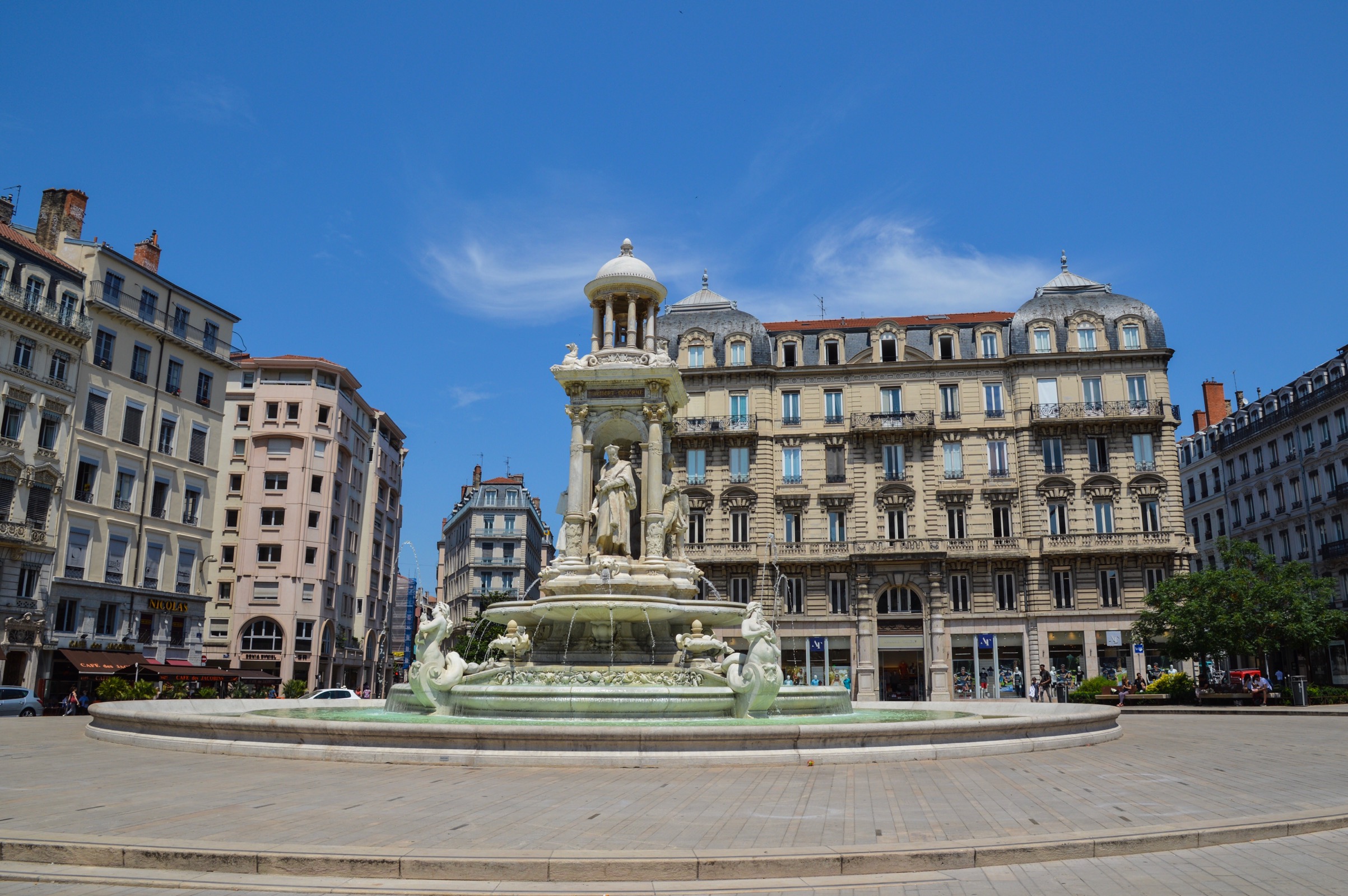 4. Go to a market and create your own feast of local specialties

We went to the lovely but a bit upscale Les Halles de Lyon. All the food displays were absolutely beautiful. We also went to several bakeries and, as mentioned above, tried the specialty of brioche with pink pralines. Sarah loved it and would highly recommend it to anyone who has a sweet tooth and is a lover of brioche. 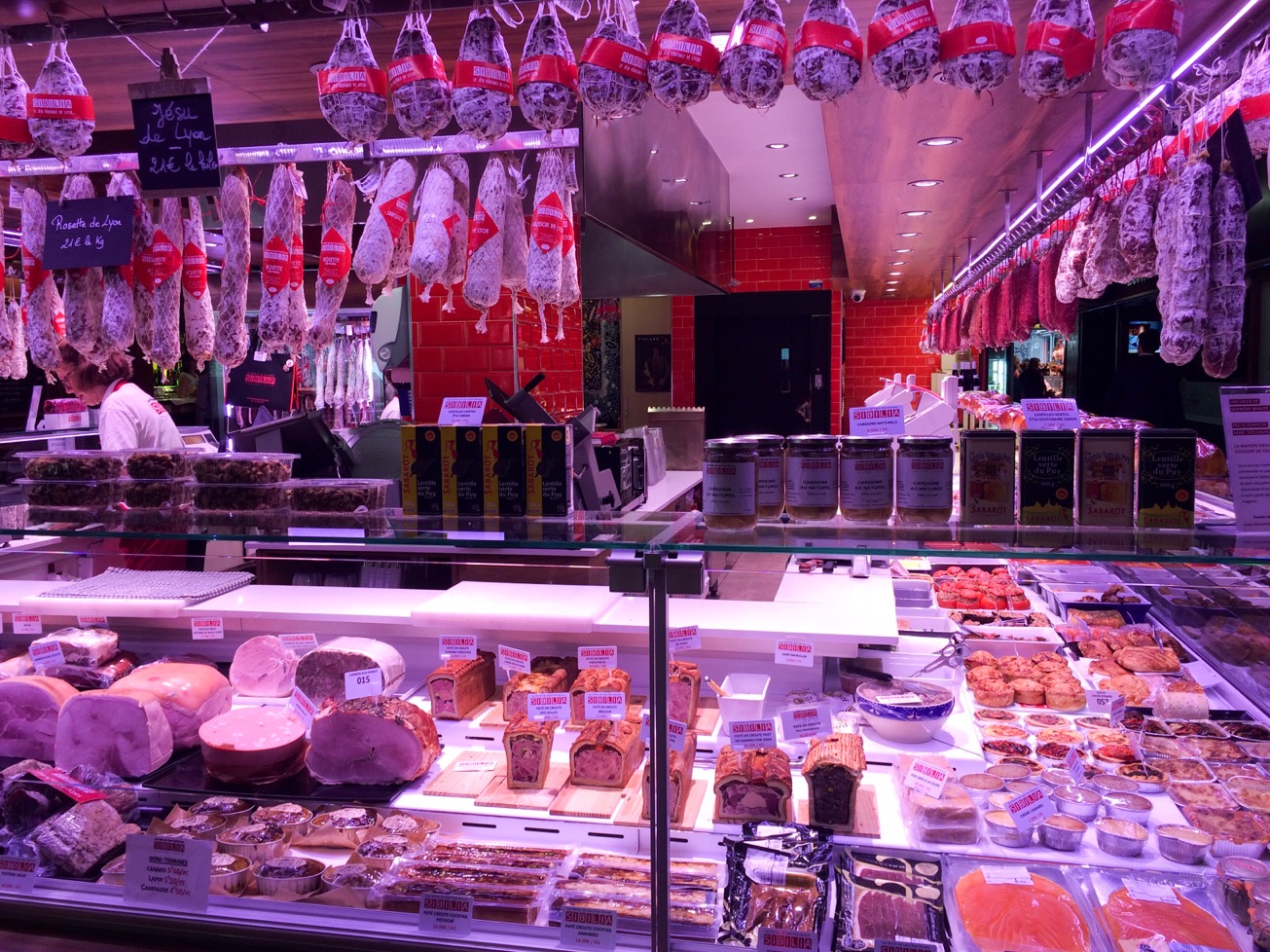 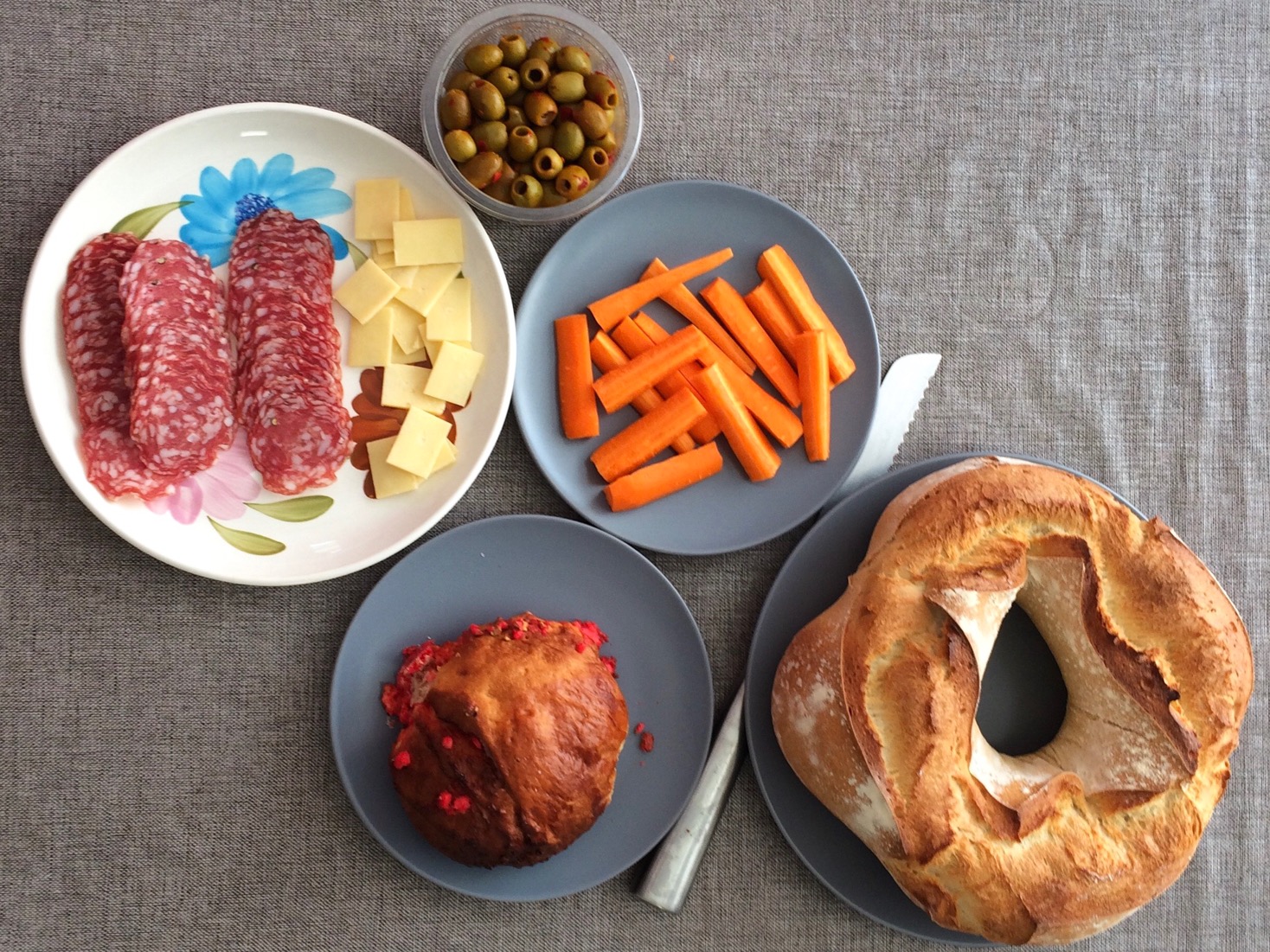 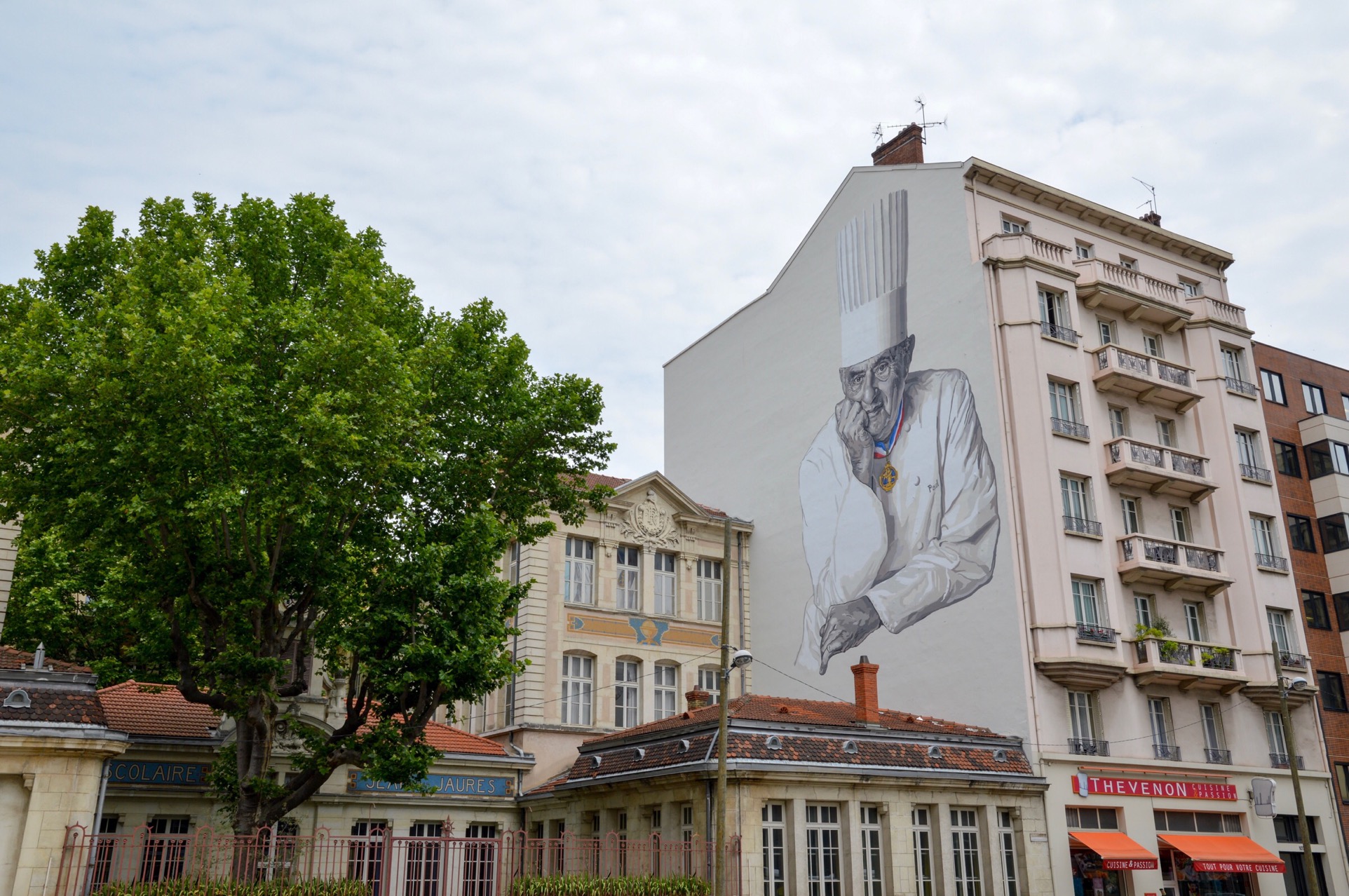 5. Eat at a traditional bouchon… or sushi

Buchons are institutions in Lyon. They serve traditional Lyonnaise food, which is very much centered around meat. If you go on vacation to Lyon, you should probably dine at a bouchon. But… we didn’t. We only ate out once, and the more we read about all the fatty meat and offal on offer at most bouchons, the more we knew we probably wouldn’t love it. So instead, we went out for all-you-can-eat sushi. DD Sushi is a super small spot, so you must make reservations. We’ve now been to several all-you-can-eat sushi restaurants in different countries and the problem is they all have different rules about how many times you can order, the quantity per order, the time you can spend there, and most importantly, the portion size per item. Based on previous experiences, we over-ordered on our first round. Like, to a ridiculous extent. Like, we were only able to order one more item for our second round and it was only to save face. Luckily, the food was all fresh and tasty. So if you’re in Lyon and are sick of French food or don’t like French food or are a sushi lover, check out DD Sushi. 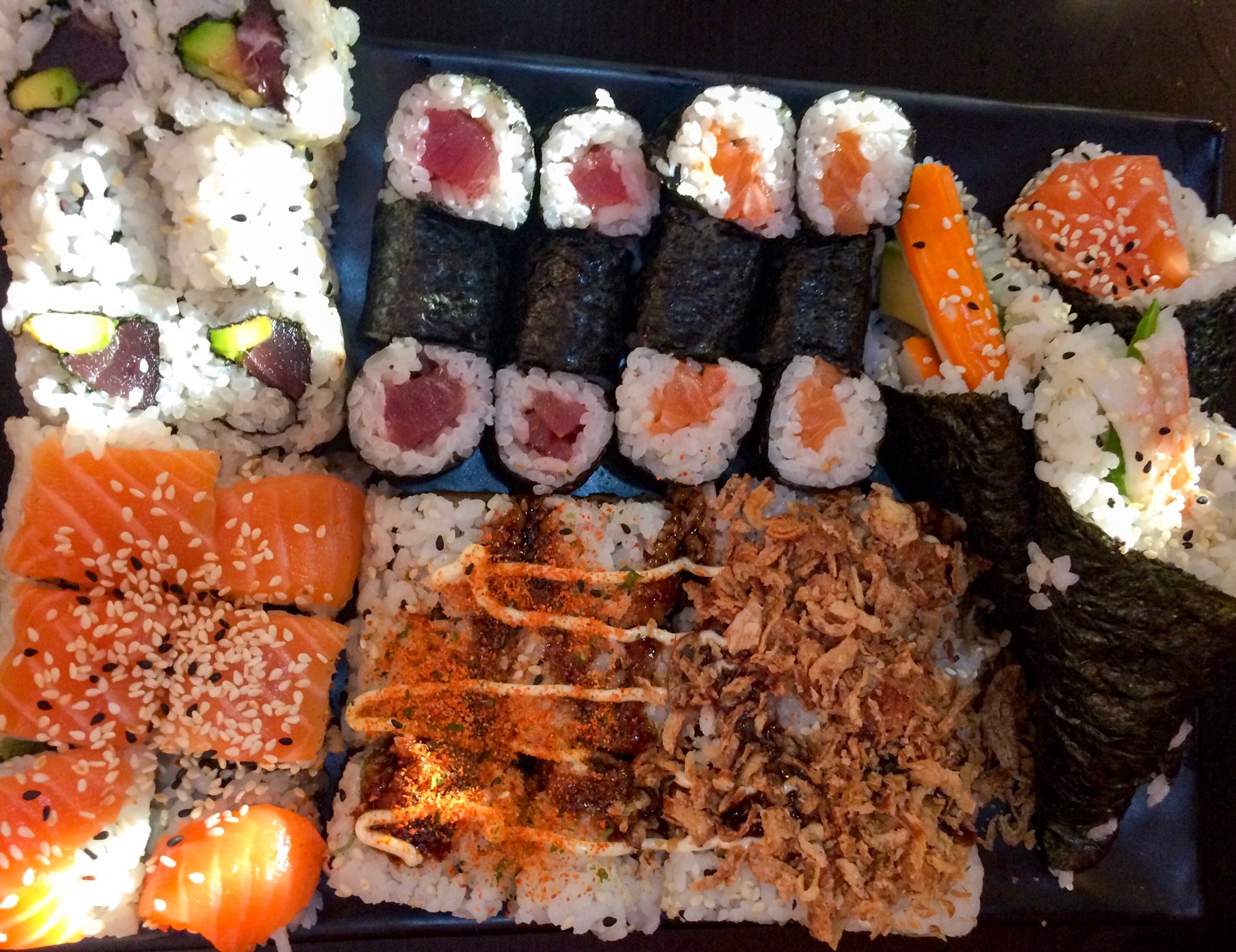 The public transportation system in Lyon is great. We took trams and metros (in addition to the funicular) and had no problems. The tickets are easy to buy from the machines in the stations or at the tram stops. If you’re going to be there for a few days, you can buy a pack of 10 tickets or a day pass. The system is easy to navigate and can get you pretty much anywhere in the city. A note: when we were there in June 2017, Google Maps gave us pretty bad public transportation directions. Our apartment host told us to use the Citymapper app instead and it worked great. 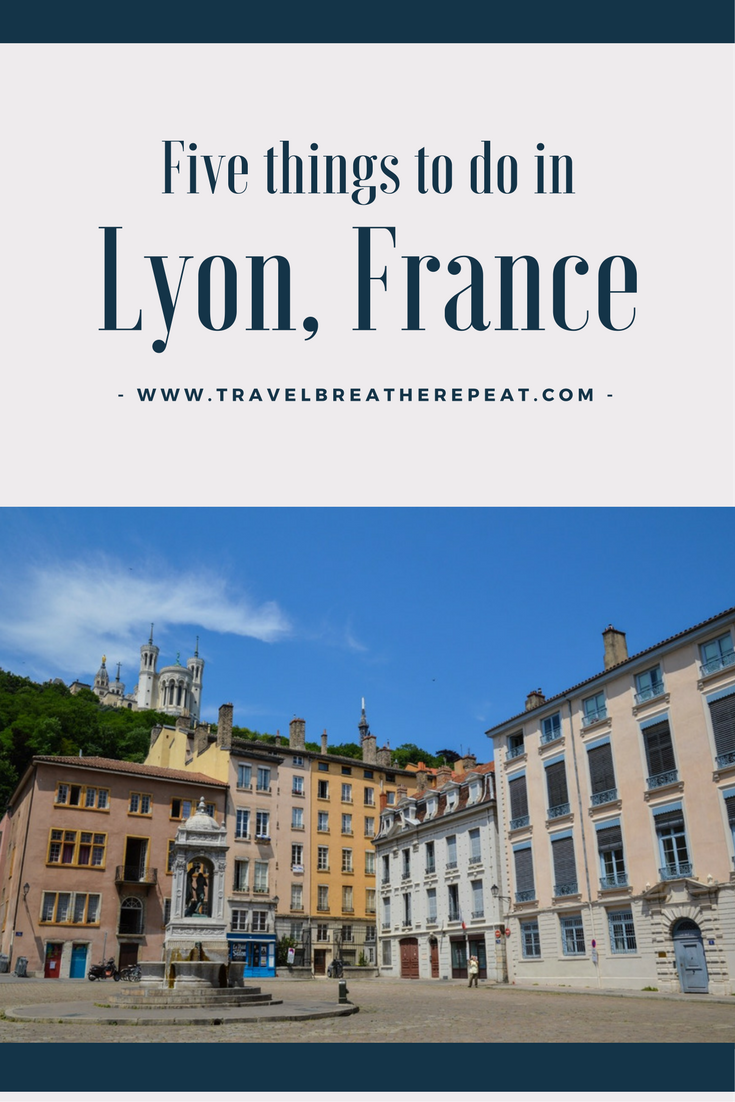 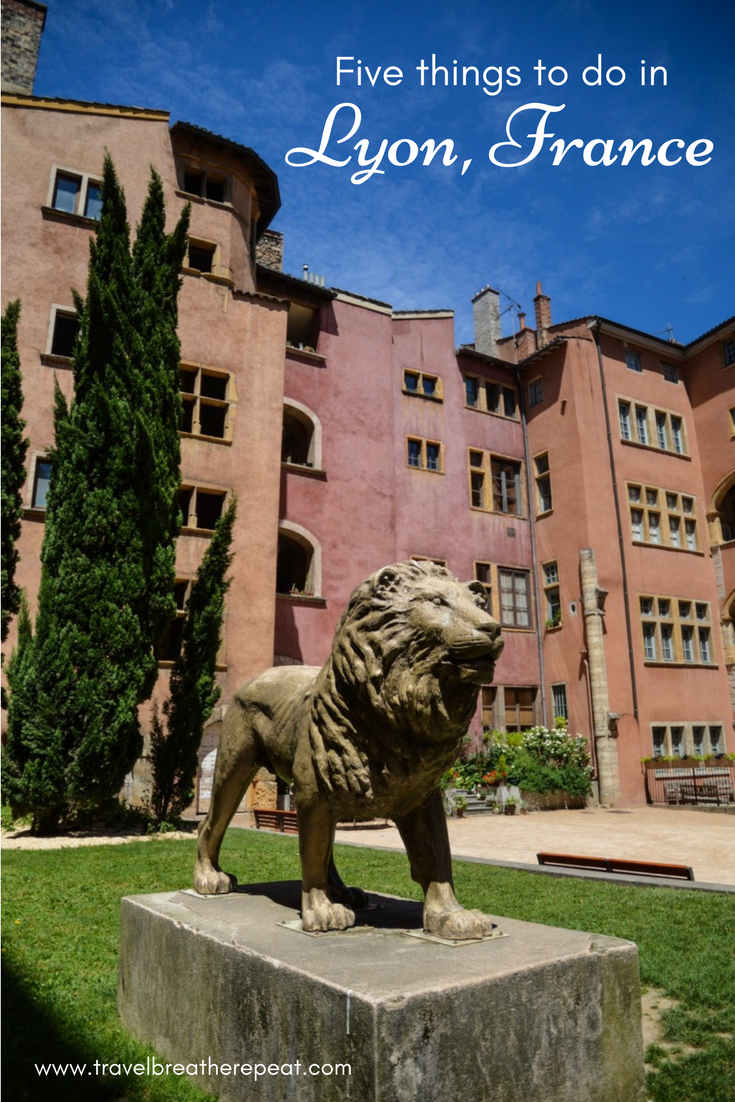 18 thoughts on “Five things to do in Lyon”