Go to The Peak

Victoria Peak is a famous mountain in Hong Kong where you can see breathtaking views of the city. You can hike up it, but we chose to take the Peak Tram, which is a tourist attraction in and of itself. The incline at which you ascend/descend the mountain is ridiculous. The views as you ride are amazing – including the luxury apartments along the way (one of which had its own private koi pond on the roof!). When you get to the top, if you’ve purchased the combo ticket, you can go to the Sky Terrace, which offers the highest viewpoint. We’re sure you’re shocked to read that we did not choose to purchase those tickets and instead found the free viewpoint (only a little bit lower) at the Peak Galleria across the street. 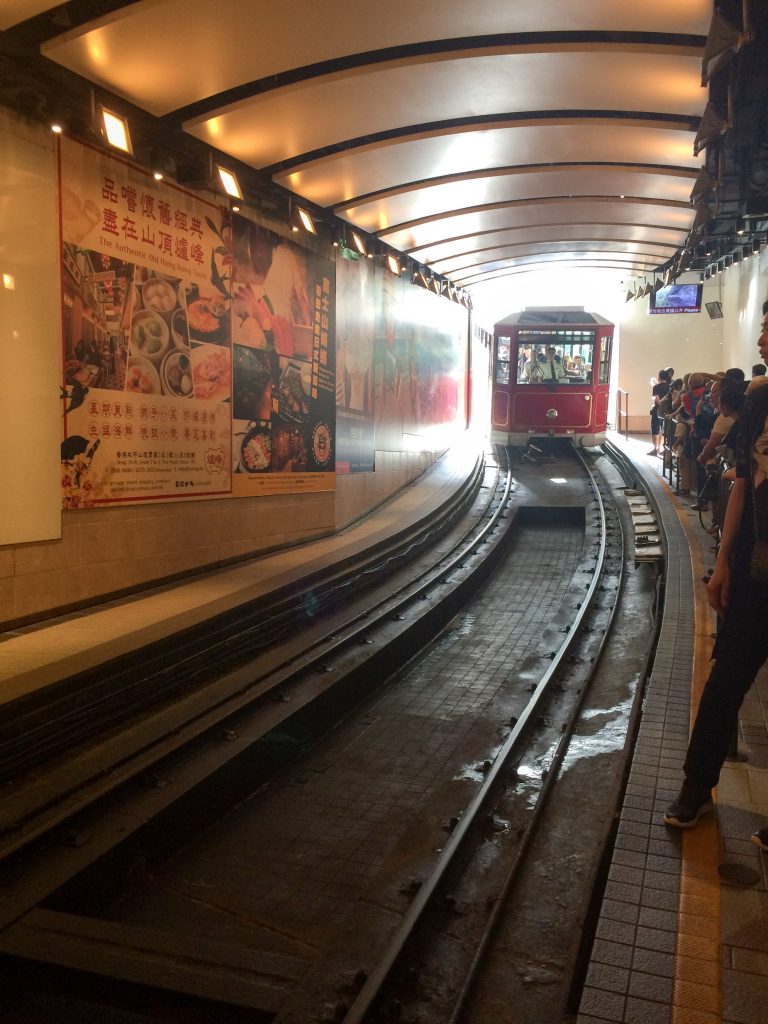 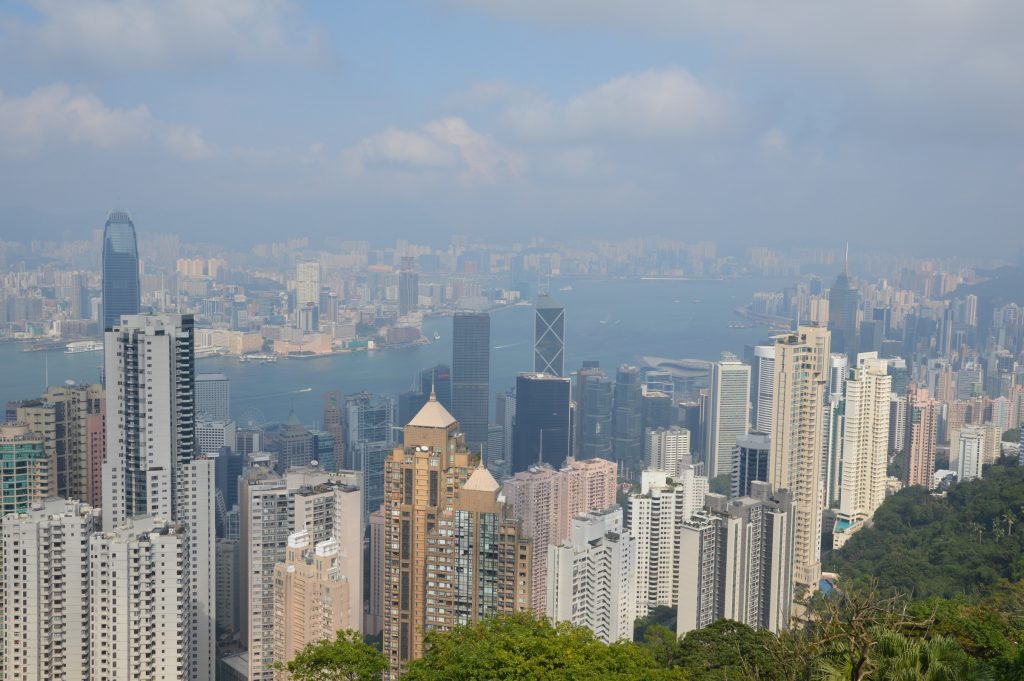 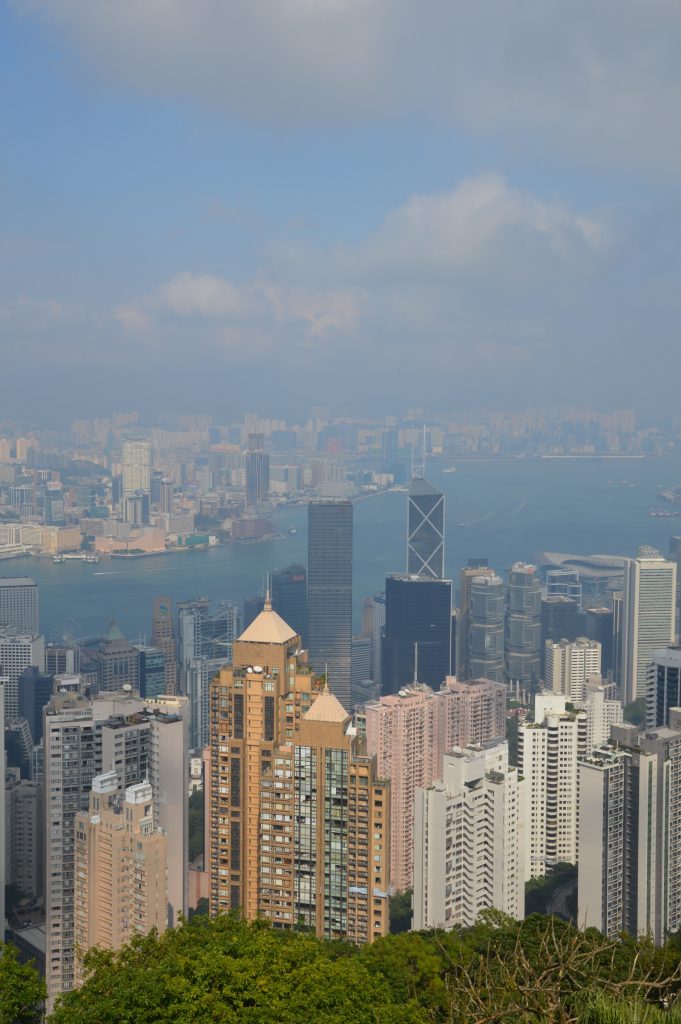 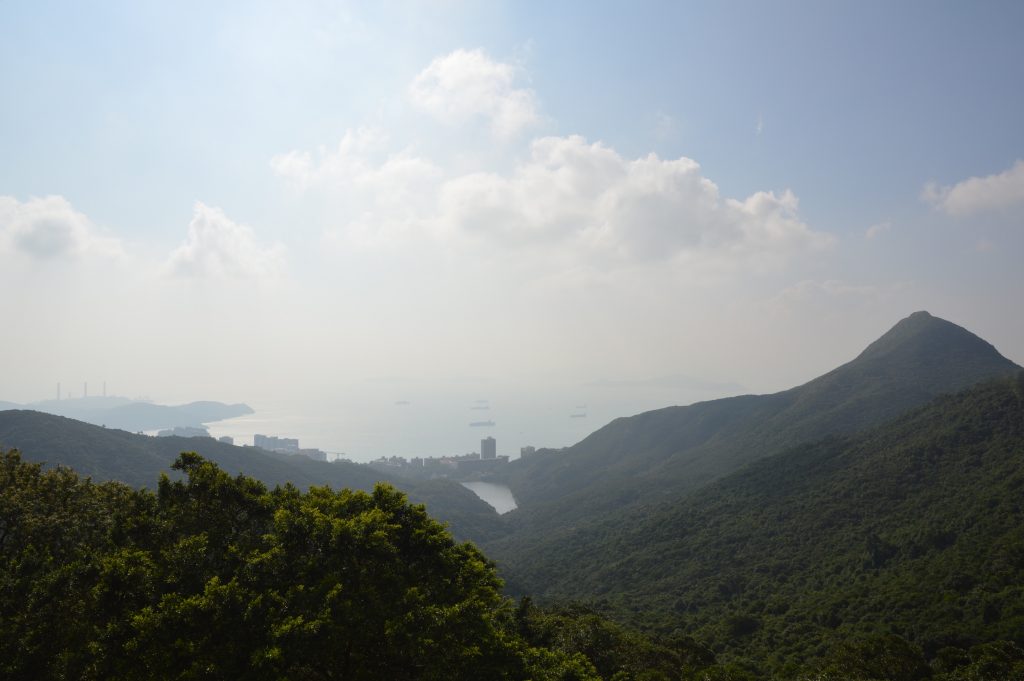 Look up at the ginormous buildings

Hong Kong is full of enormously tall buildings. You can see them from The Peak as per the above, but it’s also cool to see them from below. 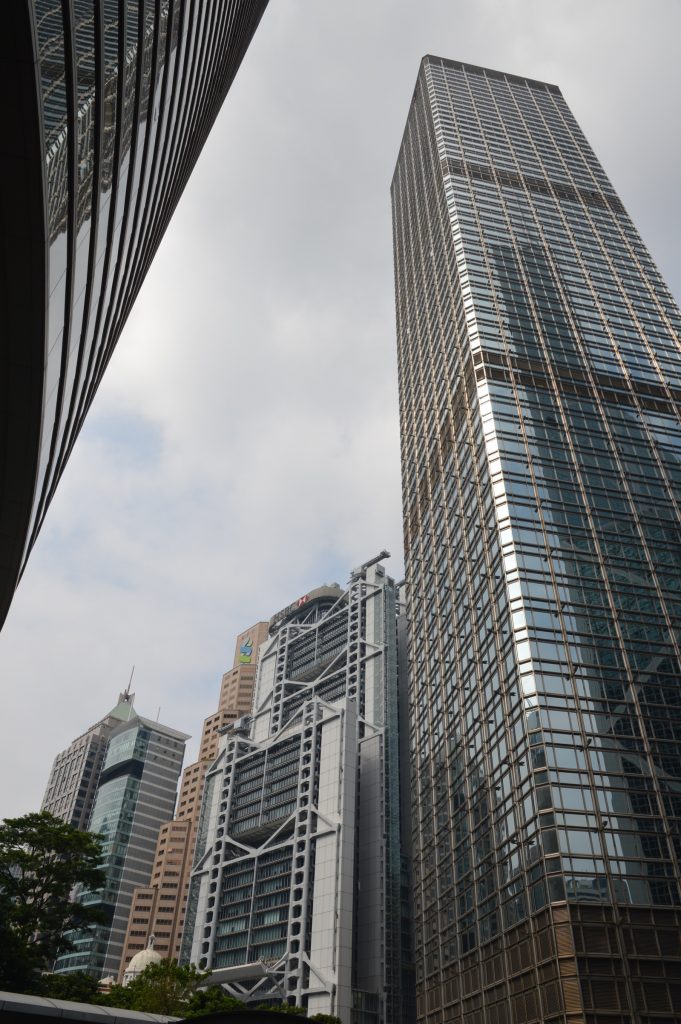 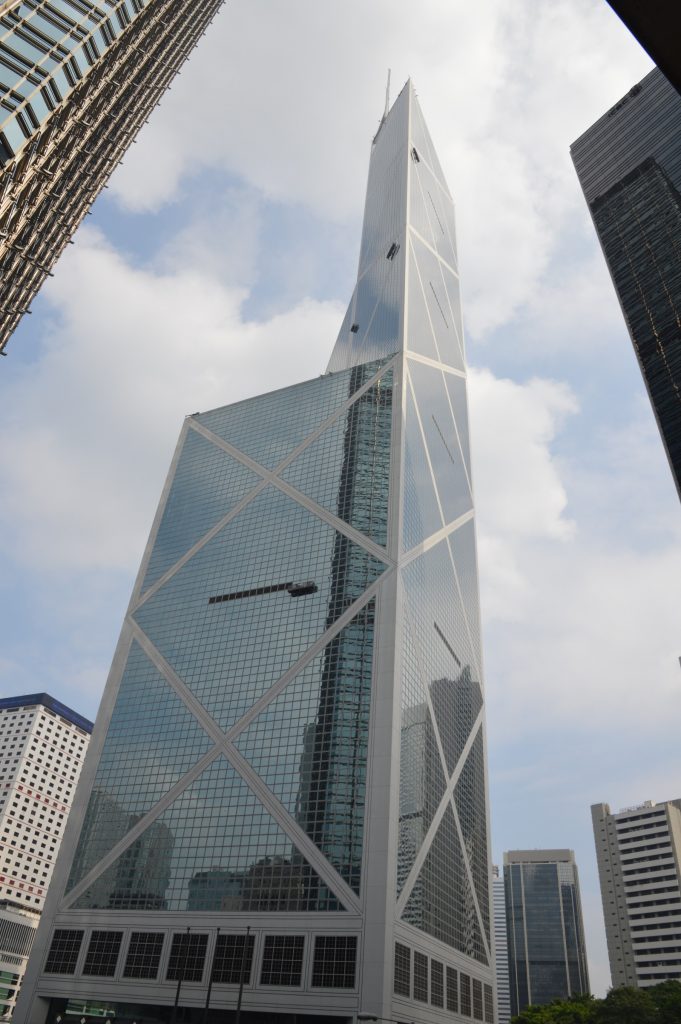 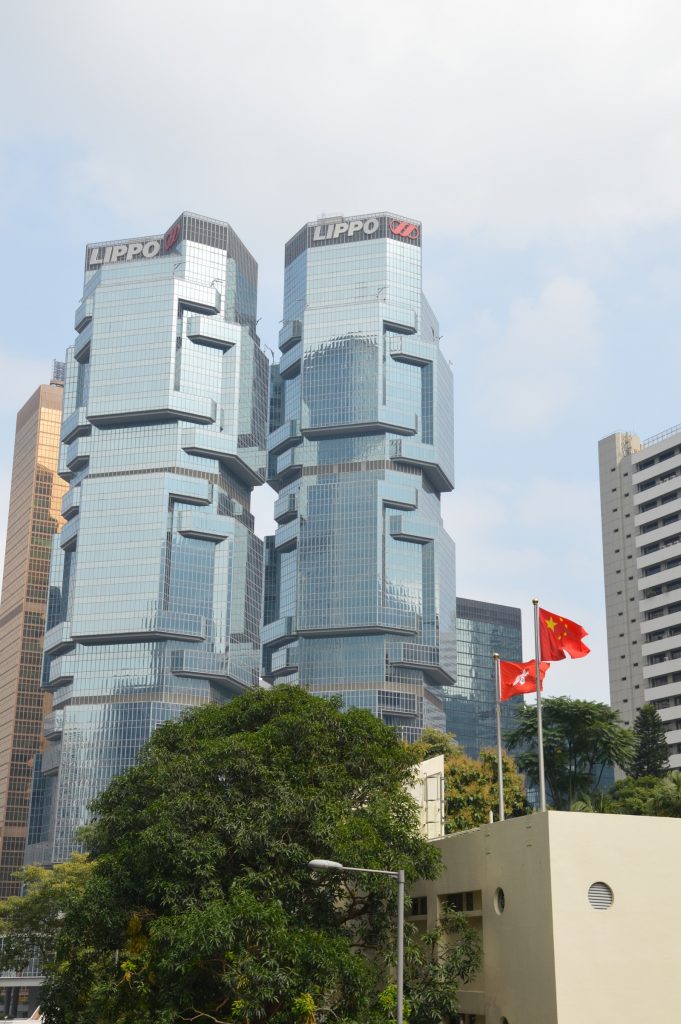 The Mid-Levels is a series of moving walkways and escalators that takes you up the incredibly steep hill in the middle of the Central area of Hong Kong Island. We took it often – getting off to explore side streets. 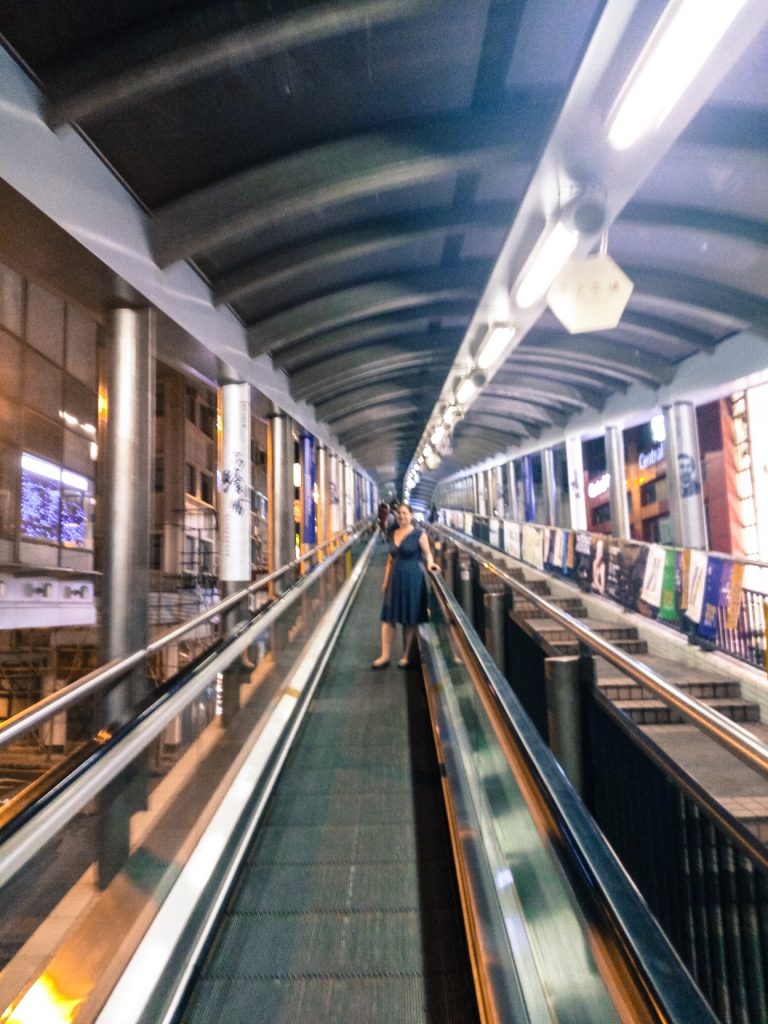 Hong Kong Park is close to the Peak Tram. It’s a pleasant place to visit and walk around. The highlight for us were the terrapins: adorable turtles sunbathing on the rocks. We could have watched them all day. 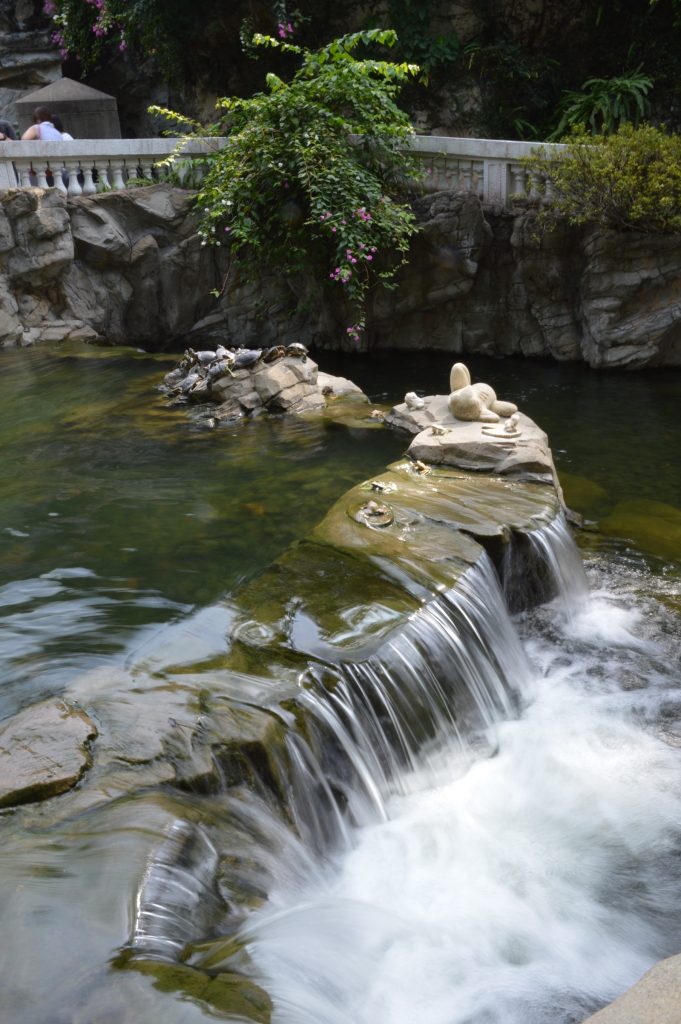 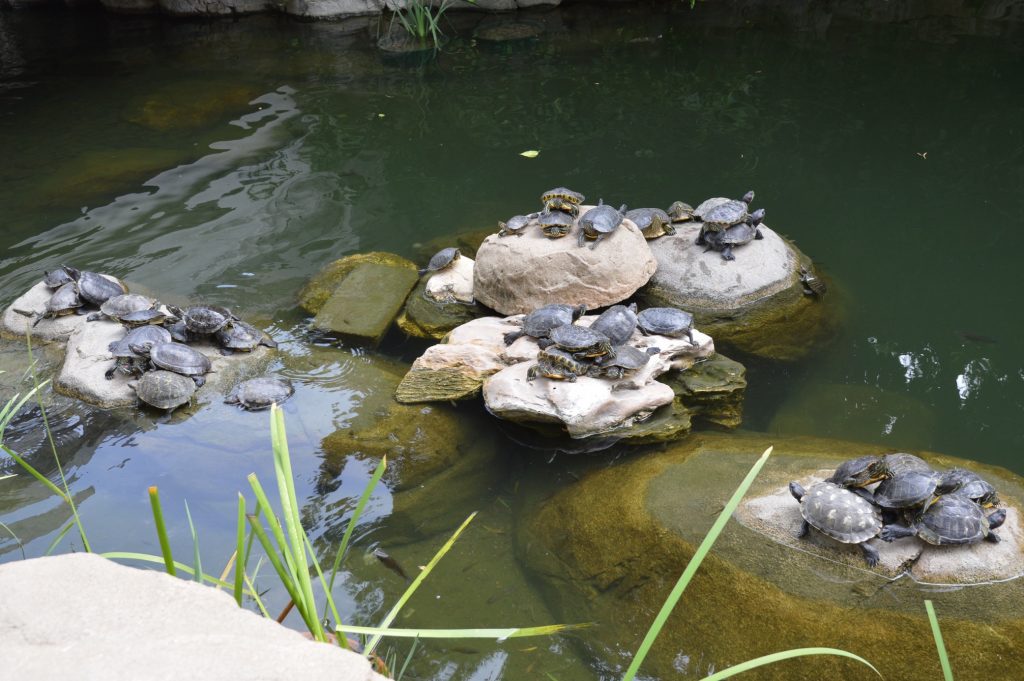 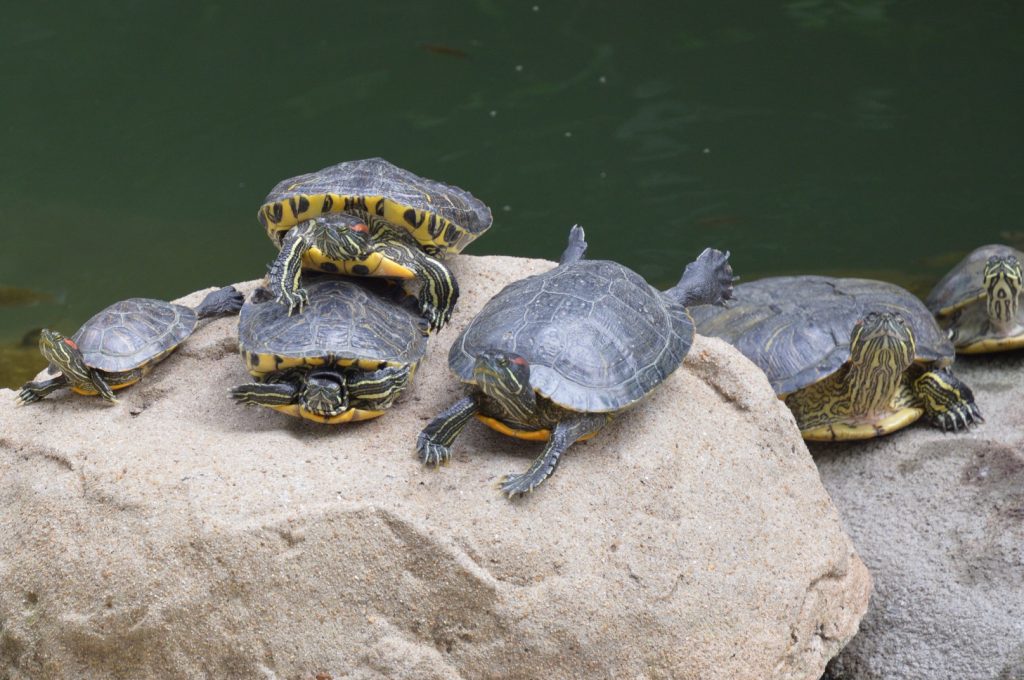 Kowloon Park is a nice place to get away from the busy streets. And it’s home to lots of birds. There’s a pond with flamingos and an aviary with lots of different types of cockatoos. There is also a street of funny sculptures, where Sarah found her doppelgänger. 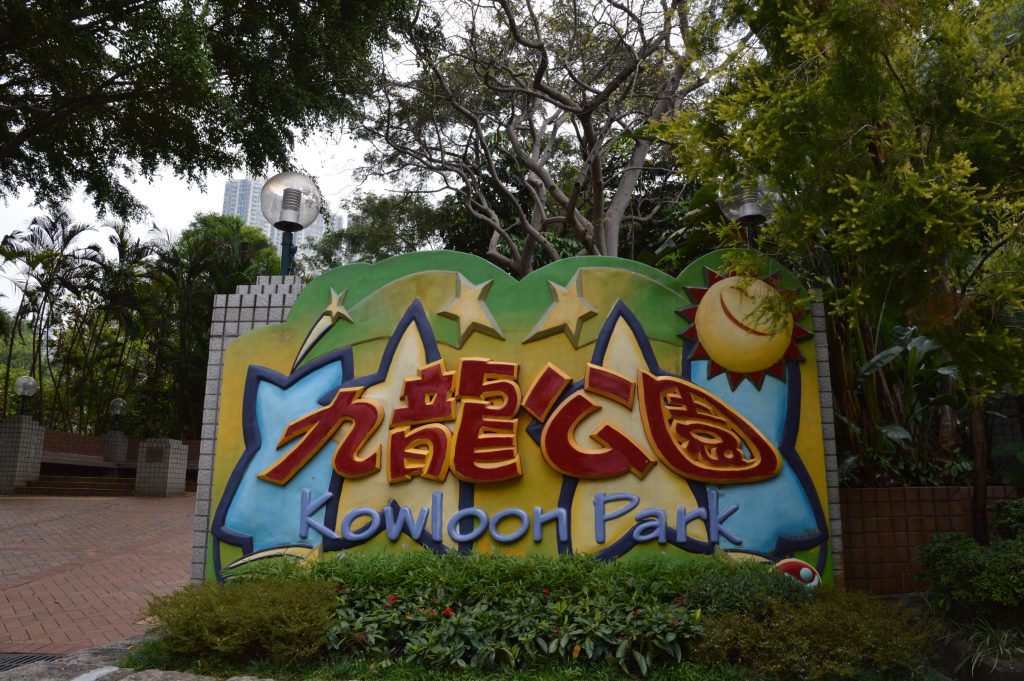 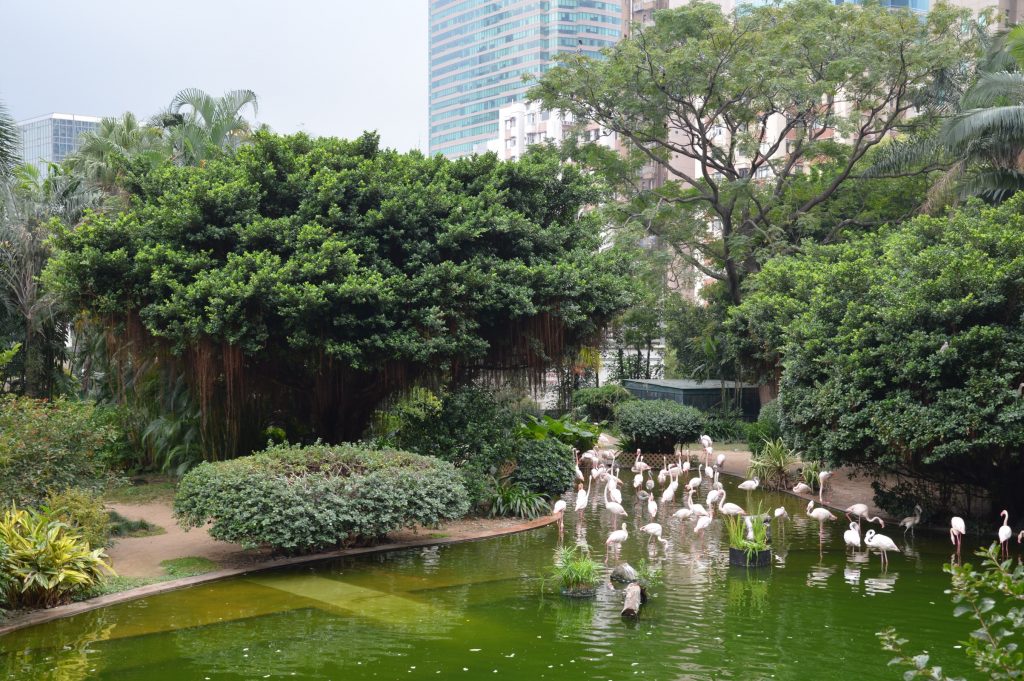 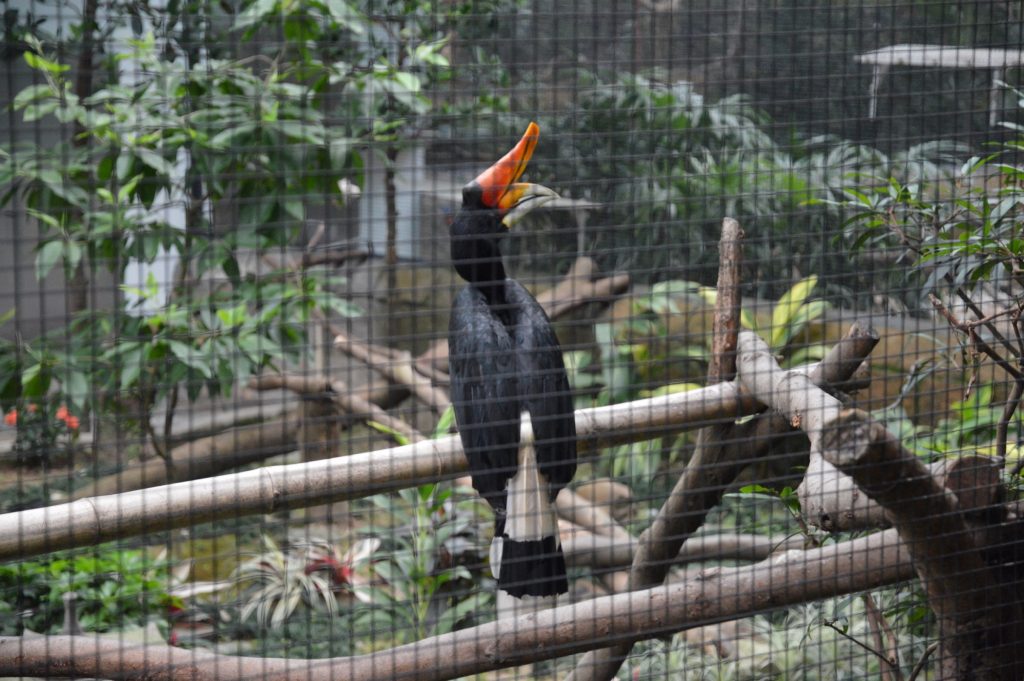 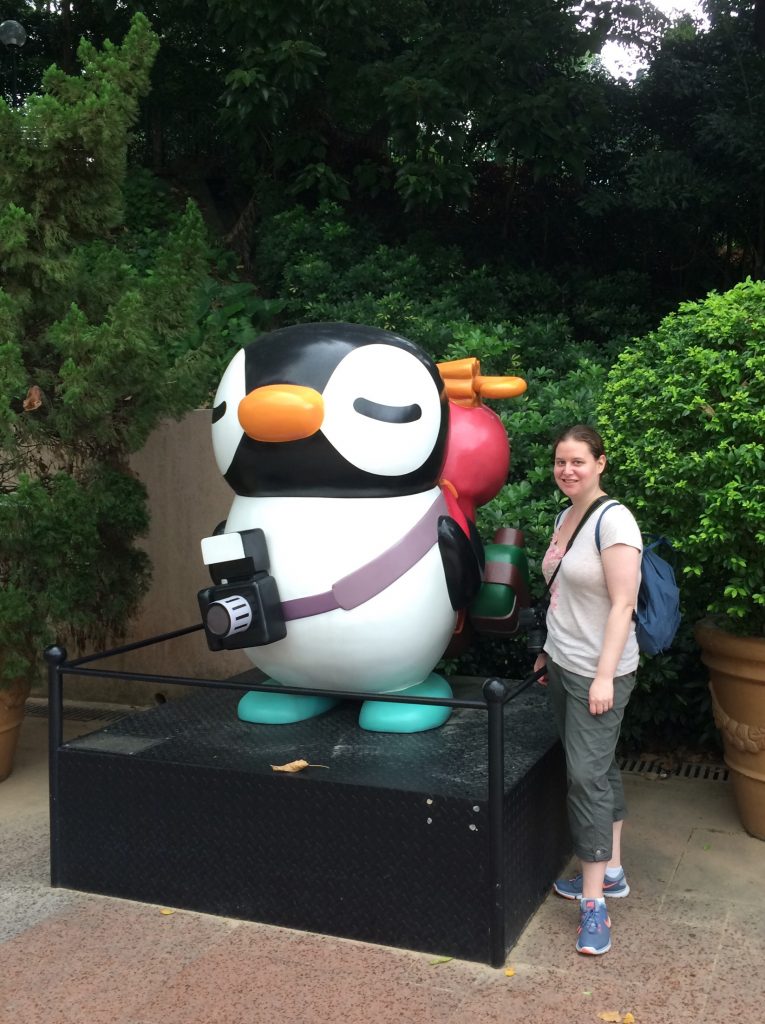 This park was sort of near our hotel. It’s on the water and really nice and peaceful. We wandered around and watched people do Tai Chi. 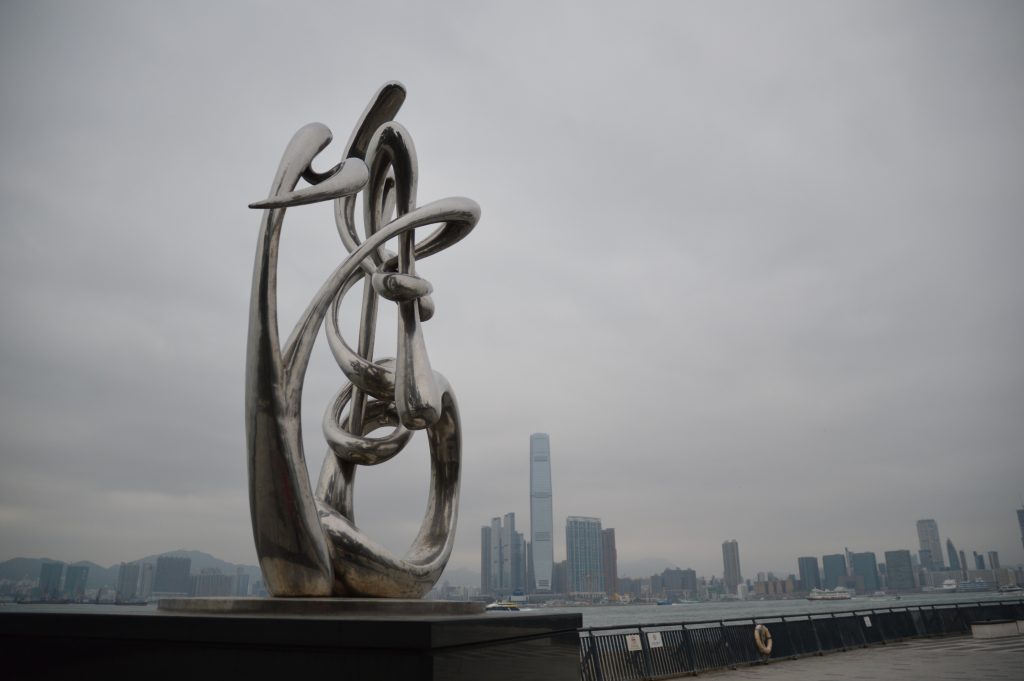 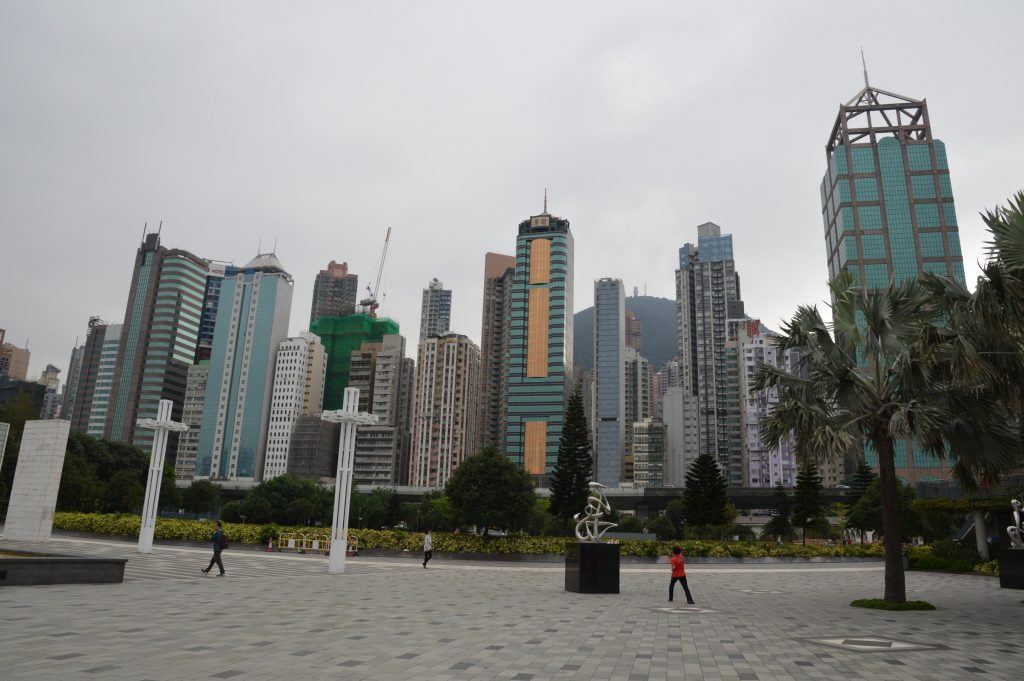 We decided to watch the sunset over Hong Kong Island from Kowloon. We enjoyed taking the Star Ferry and highly recommend it. It’s quick and easy and crazy cheap. Unfortunately, the sun didn’t really set that day. But the haze gave everything a nifty, creepy, atmospheric feel. We watched until all the lights on the buildings were on but didn’t stay for the light show. It was still impressive. 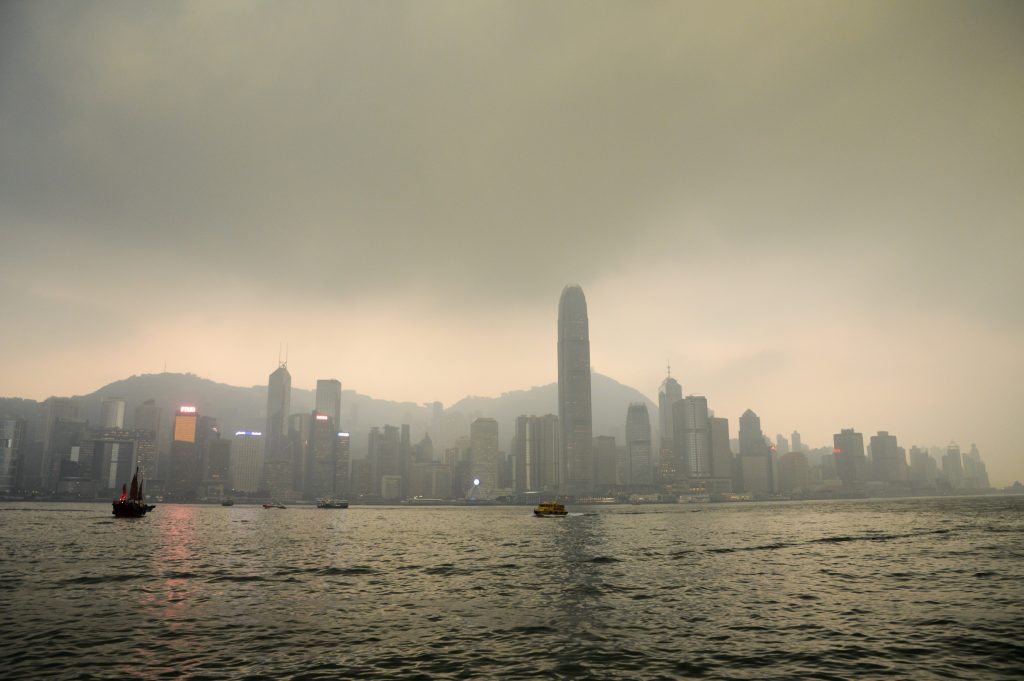 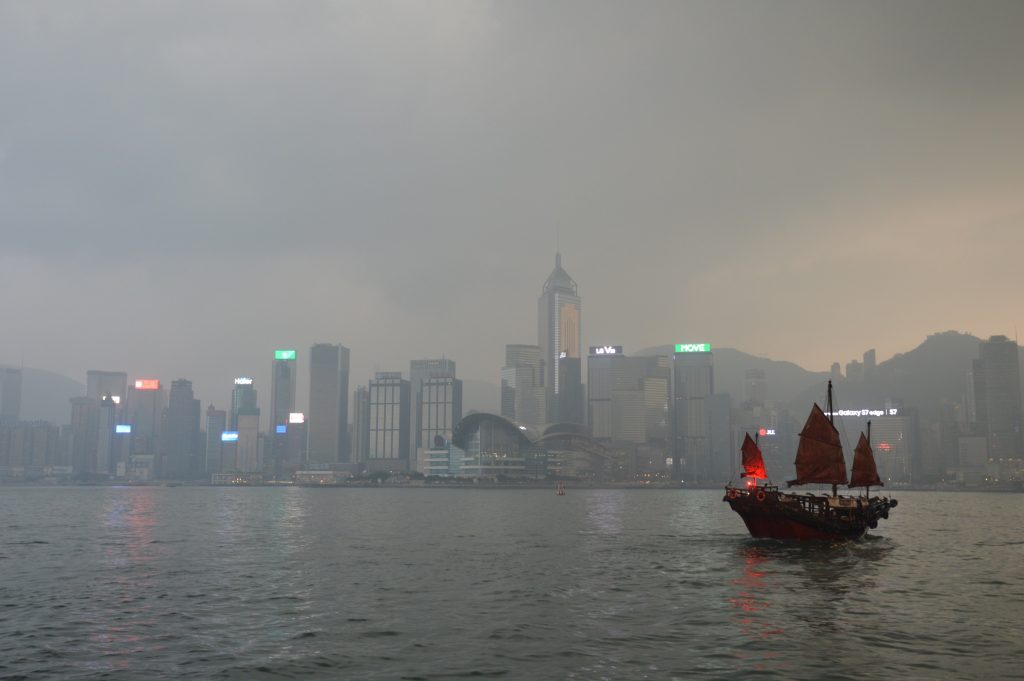 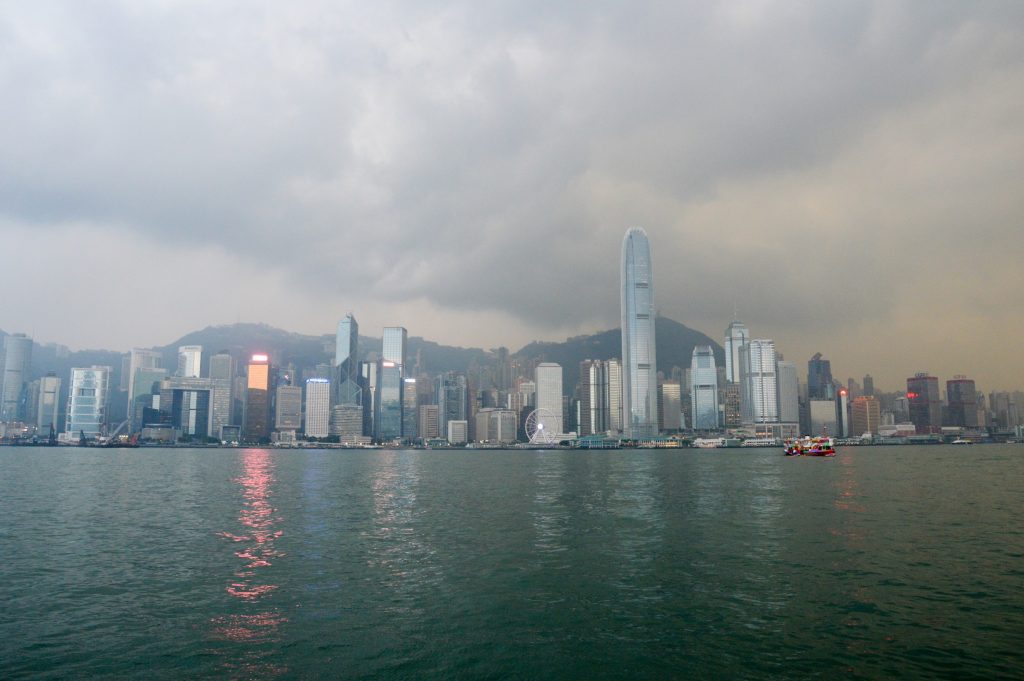 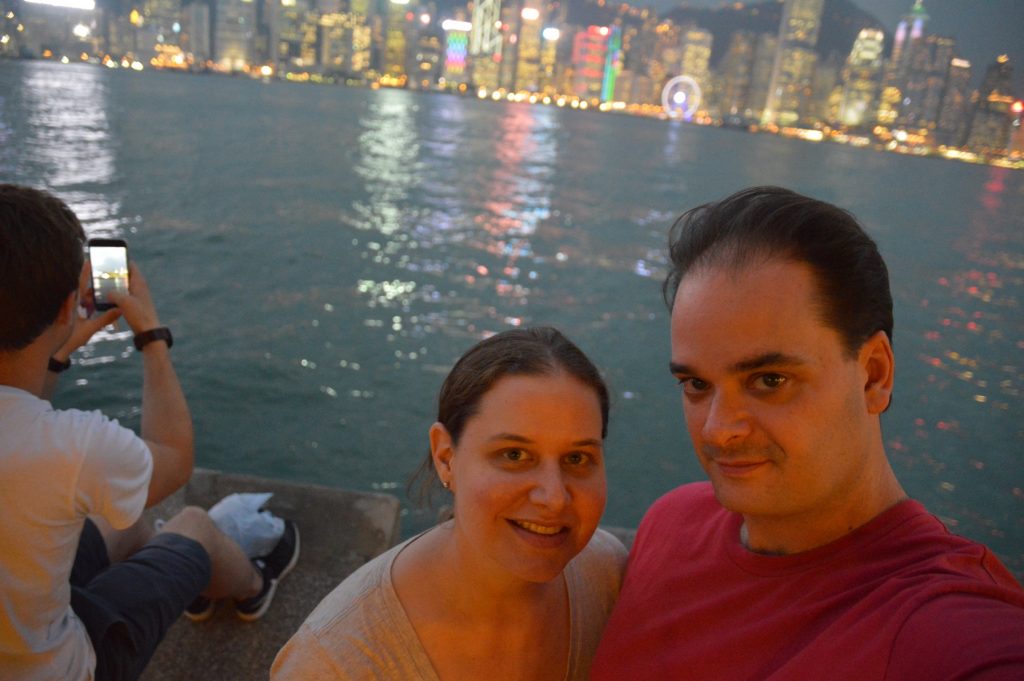 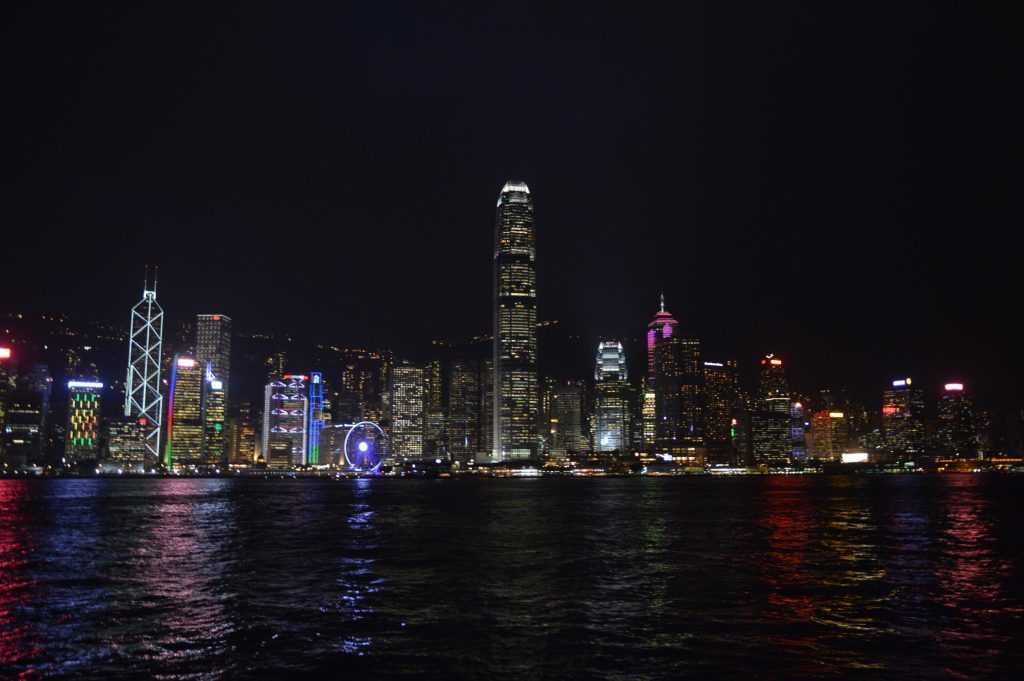 Go to the Racetrack

It seems like everyone in the city goes to Happy Valley on Wednesday night. There’s plenty of beer and food and music to go along with the horse racing. It was a welcome distraction on that particular Wednesday in November. 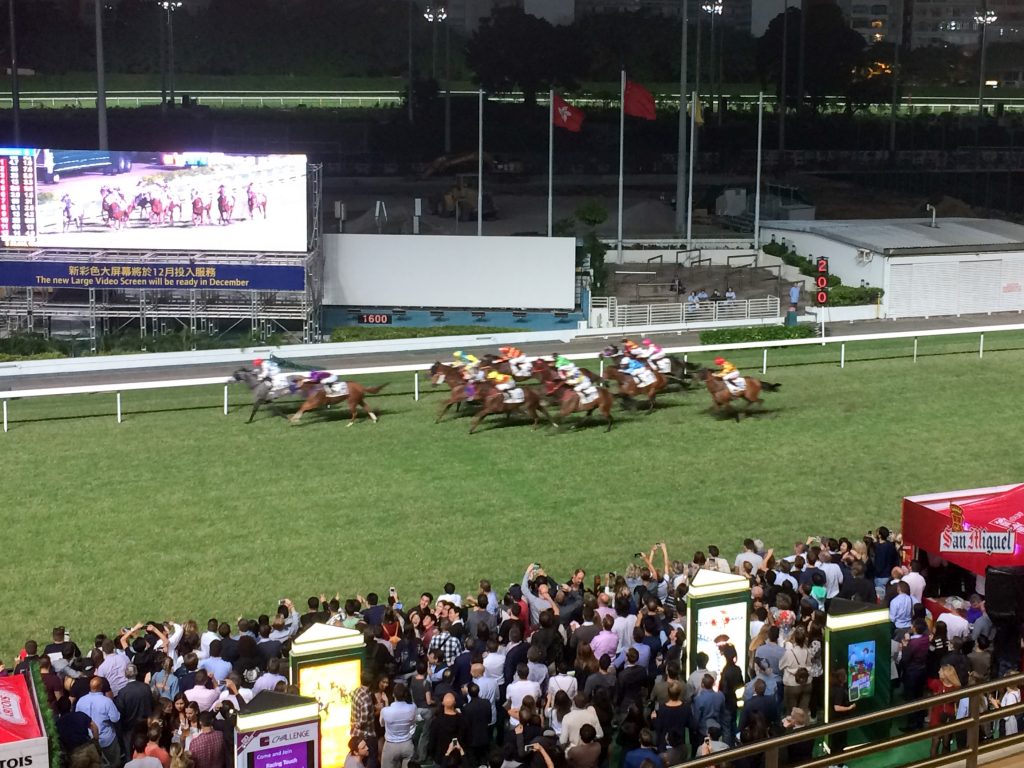 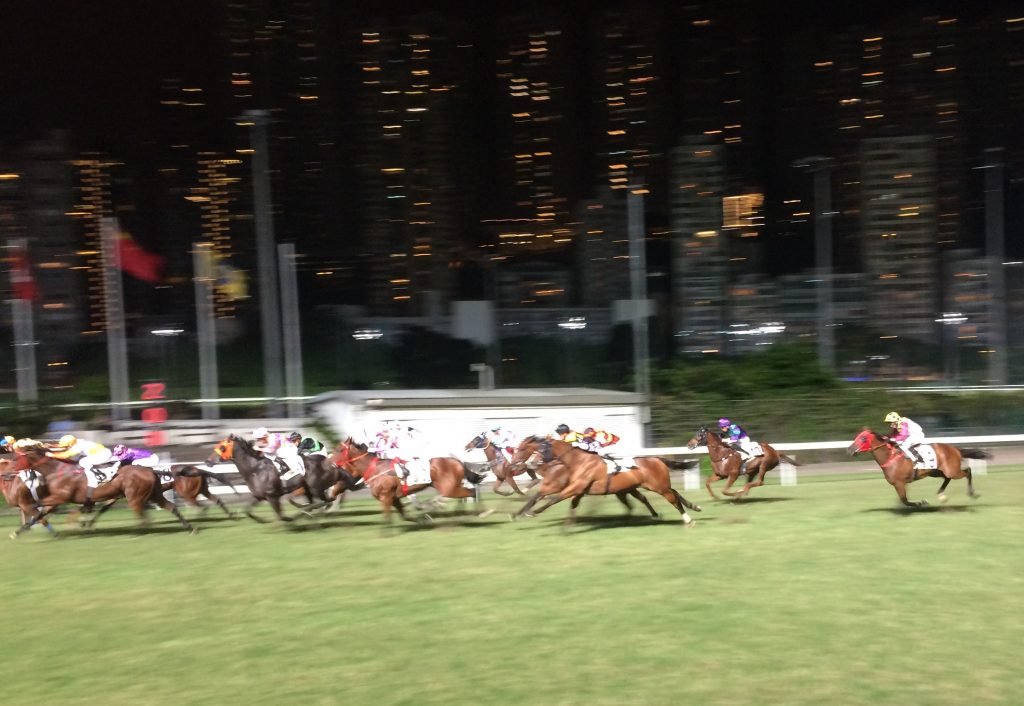 Hong Kong has highly efficient, relatively inexpensive public transportation. The Airport Express train gets you from the airport to Hong Kong Island in less than a half hour. They also offer a free shuttle bus from Hong Kong Station to various hotels. The MTR subway system is easy to figure out and has English everywhere. We’ve already discussed our love of the Star Ferry. And to top it all off, their transit card is named the Octopus!

It’s fun – and very Hong Kong – to order random dumplings that you sort of know what’s inside and taste a whole bunch of things.

We admit it. We missed ramen! We stumbled onto an authentic seeming ramen shop called Kuma Ramen near our hotel and went for it. We had two different varieties – one with black garlic and one with a spicy broth. Everything was just as it was in Japan from the loud welcome we received upon walking in to the topping options to the way they cooked the noodles for about 5 seconds. Oh so delicious. 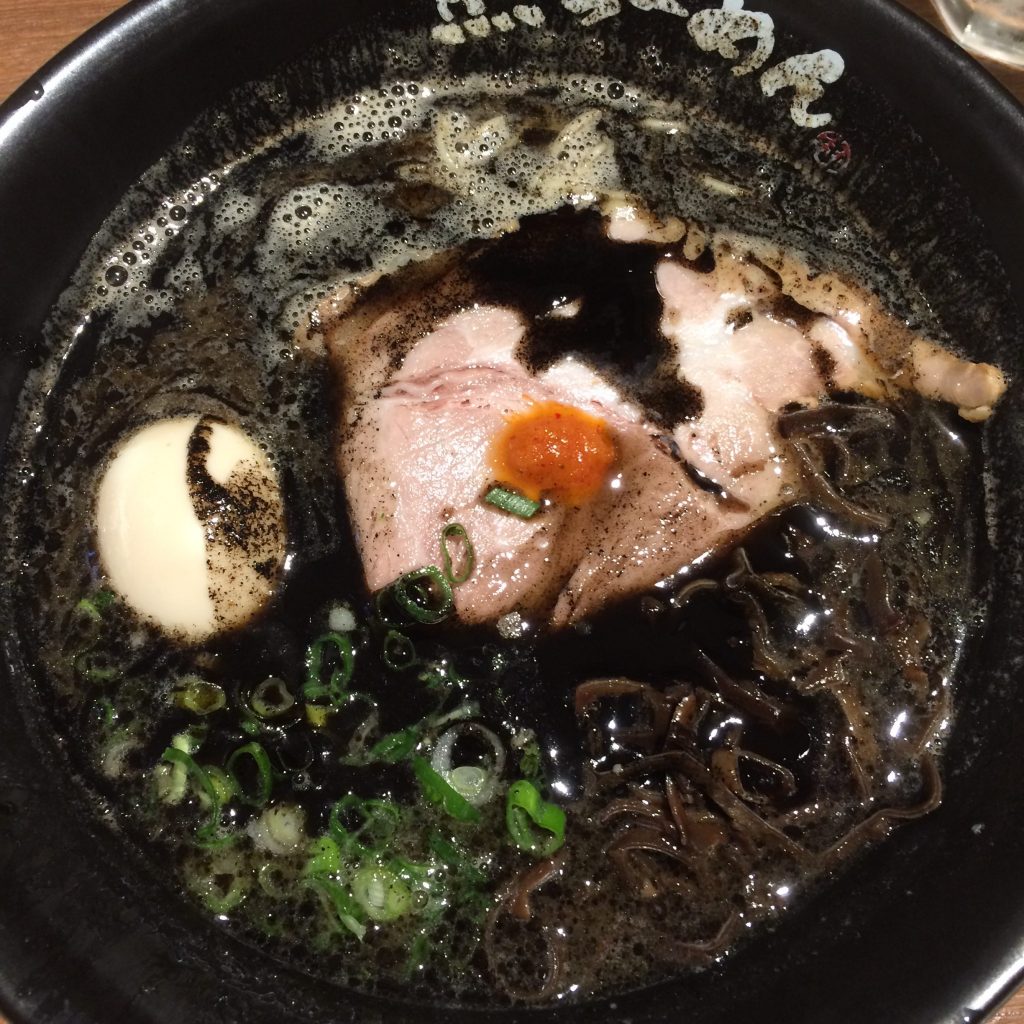 Everything is expensive in Hong Kong. So we decided to splurge on delicious beer instead of drinking almost equally as expensive crappy beer. Our favorite place was the Bottle Shop Central. They had a really great selection of beers including many breweries from the Netherlands. And they served their stouts with marshmallows (something Sarah became a fan of last year in Montreal) and their sour IPA (which turned out to be our favorite beer) with sour gummy bears! The staff was really friendly and the food was tasty too. 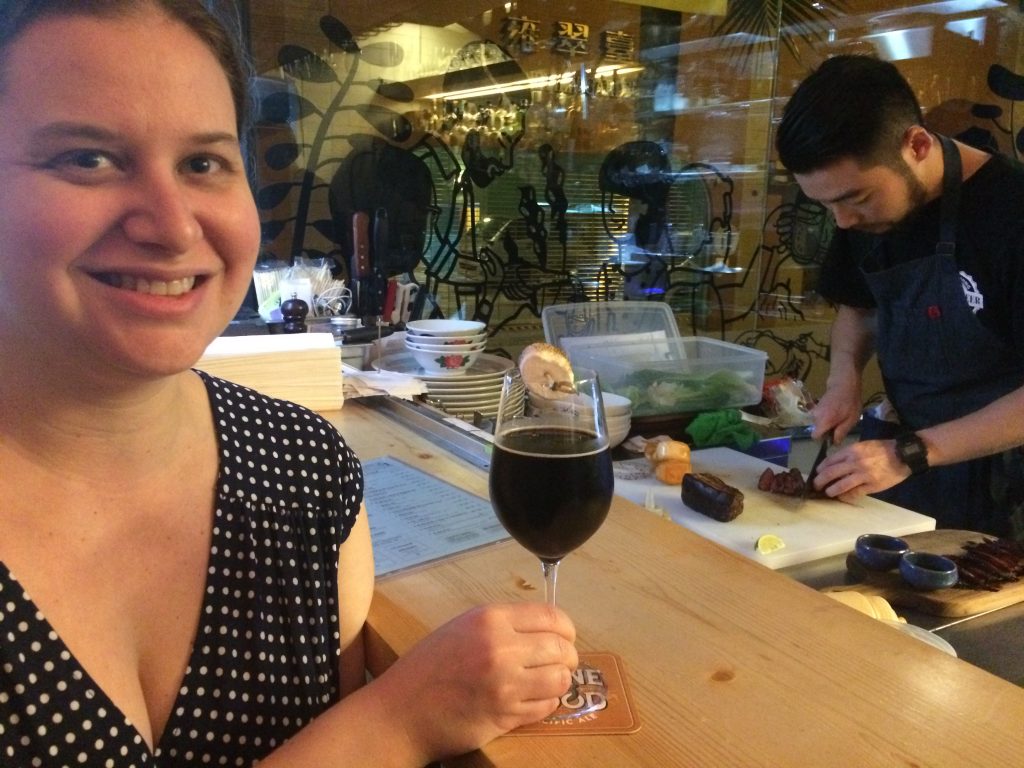 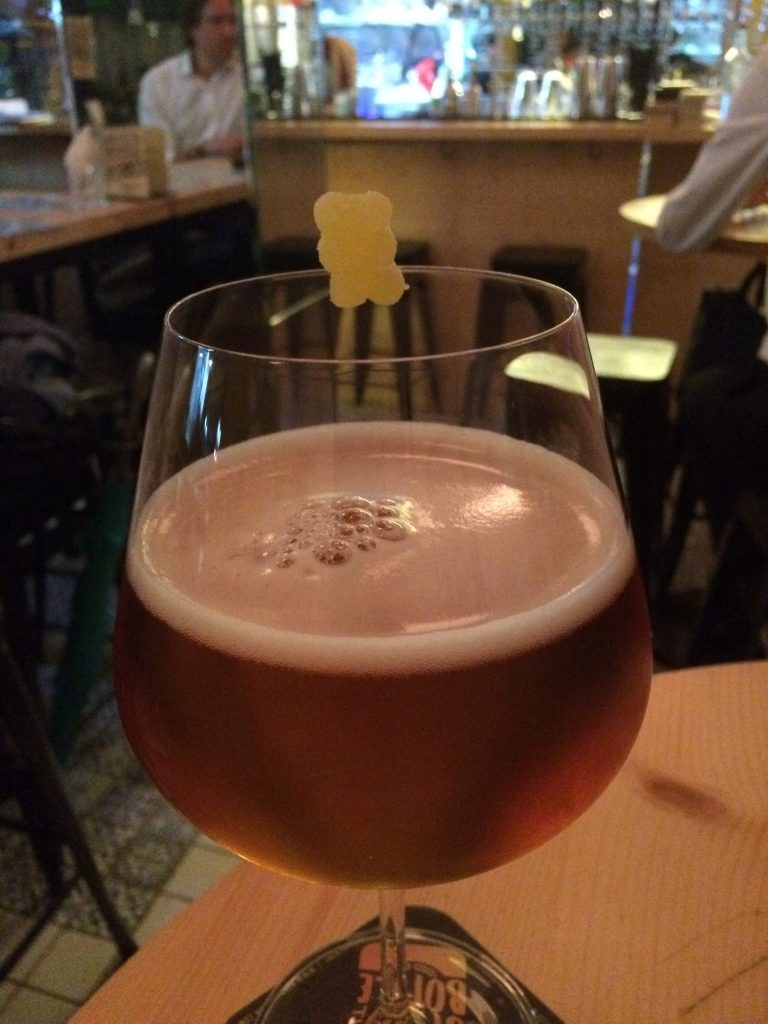 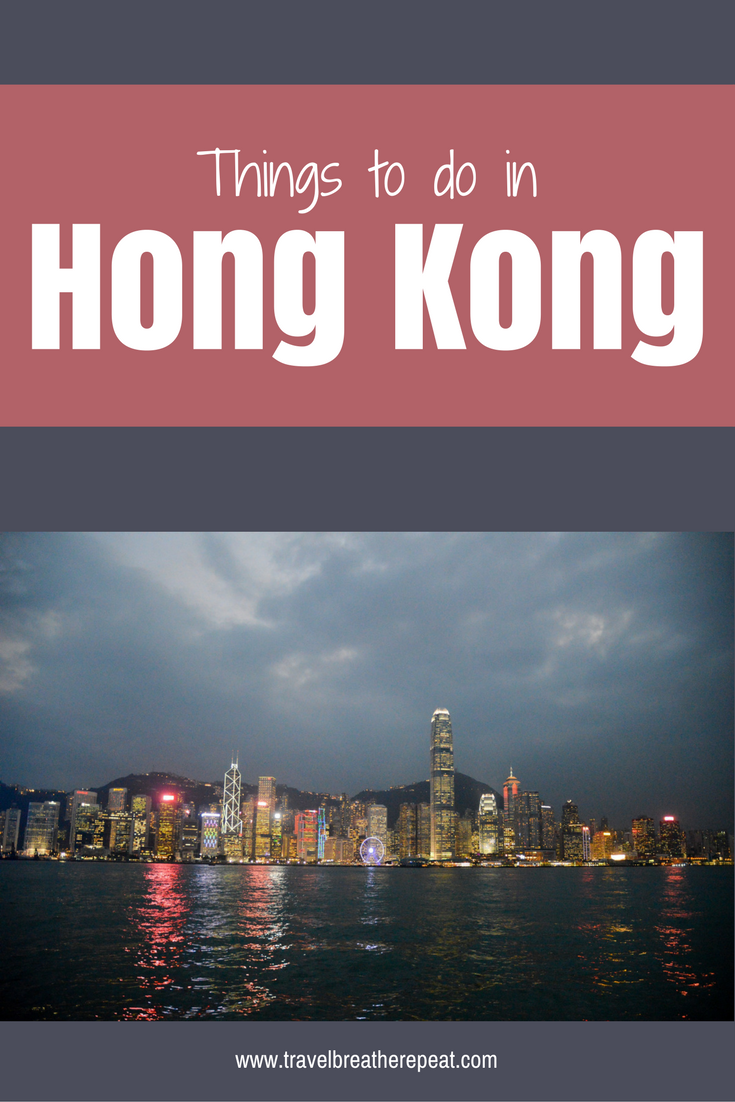 4 thoughts on “A topsy-turvy time in Hong Kong”